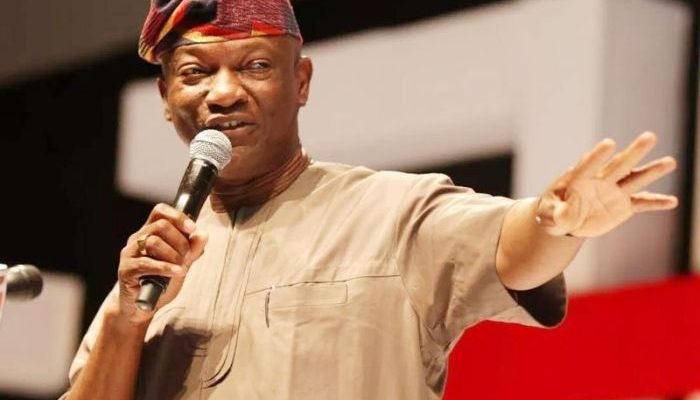 Agbaje said he believed that despite his loss to Babajide Sanwo- Olu of the All Progressives Congress, his candidature had sparked a flame in the minds of Lagosians.

The governorship candidate of the Peoples Democratic Party , Mr. Jimi Agbaje, says the task to free Lagos from godfatherism and oppression will continue despite his defeat at the poll.

The PDP candidate said he believed that despite his loss to Babajide Sanwo-Olu of the All Progressives Congress, his candidature had sparked a flame in the minds of Lagosians.

“The elections might be over but the fight for a free Lagos must continue to ensure that governance improves and that government continues to work for interests of ordinary men and women, not just a few overlords.

“We must continue to hold our leaders accountable by choosing, on our end to be , first, informed about the issues and, second , to participate at all levels.

“This is the only way we can build on the gains of our young democracy. It has been an absolute honour running for the highest office in our dear state.

“To Lagosians whose cares have been our concern , it is not goodbye but a see you later because the work goes on, the cause endures and the dream of the Peoples’ Lagos shall never die . God bless .”