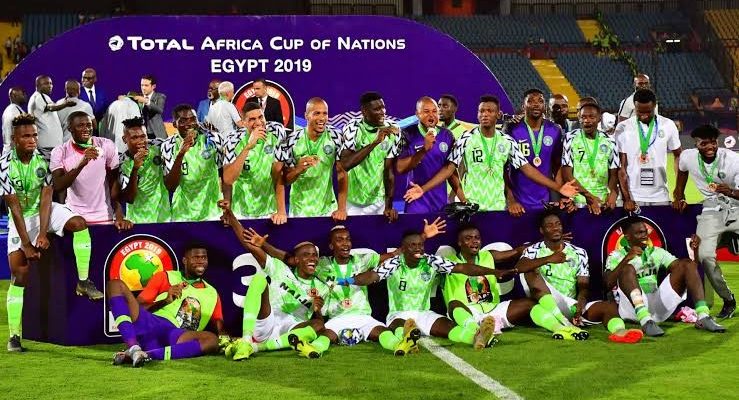 The Beijing Olympic Games silver medalist is impressed with the quality of players currently with the Nigerian national football team and is predicting a fantastic future for some of them.

Former TSG 1899 Hoffenheim striker Chinedu Ogbuke Obasi has reserved special praise for the trio of Victor Osimhen, Samuel Chukwueze, and Wilfred Ndidi, saying they could be the future of Nigerian football.

Young striker Osimhen has been one of Nigeria’s most prolific forwards in Europe in the last couple of seasons, scoring 38 goals for both Sporting Charleroi and Lille.

The 21-year-old has been equally outstanding for the Super Eagles netting four goals in his last four games for Gernot Rohr’s men.

Osimhen’s fellow U-17 World Cup winner, Chukwueze, is also earning rave reviews in Spain. The Villarreal winger is seen as one of the most talented youngsters in the world and is already attracting interests from top clubs in England.

Leicester City’s Ndidi is only 22, but the former Gent ace is already regarded as one of the best defensive midfielders in Europe.

The Foxes may struggle to keep the Nigerian beyond this summer as PSG, Barcelona, and Man United are believed to be keen on signing him.

2005 FIFA World Youth Championship silver medalist, Obasi says all these bodes well for the Super Eagles as the team can only get better when the players fulfil their potentials.

“The future of the national team is looking bright because we have a lot of young players coming up,” the 33-year-old disclosed this during a live Instagram session on Brila FM as per Complete Sports.

CHECK IT OUT:  FAAN Suspends Officer Who Stole From A Pilgrim At Yola Airport

“Players like (Victor) Osimhen, (Samuel) Chukwueze, (Wilfred) Ndidi, these guys are doing really well. They are good players and have the potentials to be great; we just have to get the structures right.”