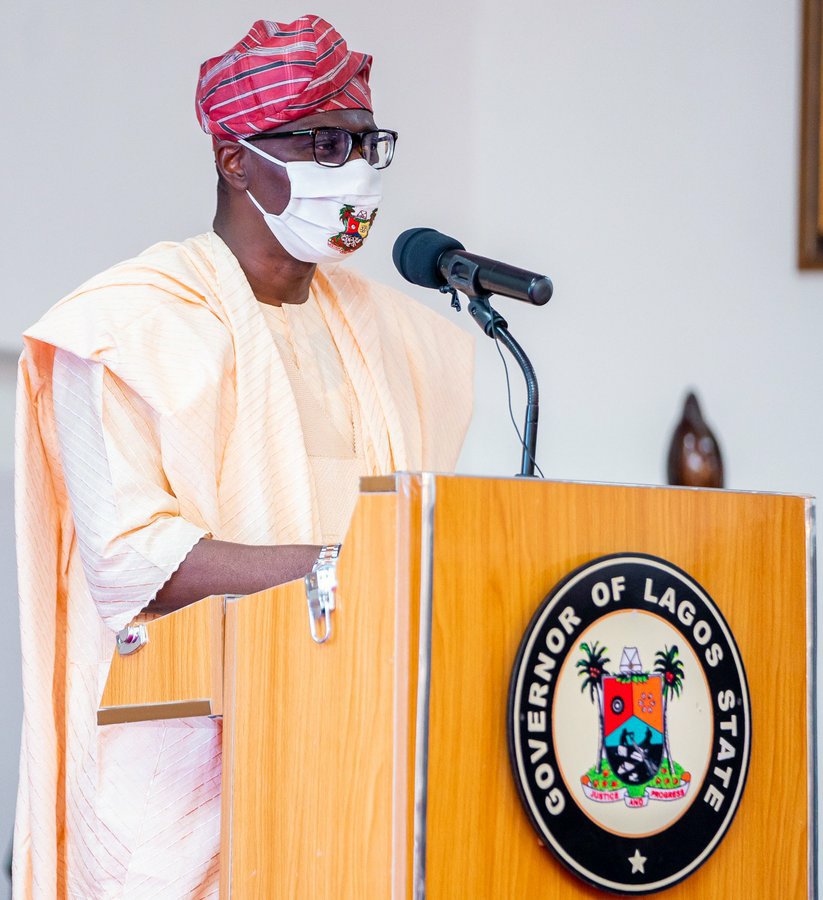 Amid spike in the Covid-19 cases, Lagos state government has announced that the ban on churches and mosques will be lifted effective from Friday, August 7.

Governor Babajide Sanwo-Olu made this known on Saturday, August 1, in an address where he gave updates on the efforts of the state governments on Covid-19 crisis.

Lagos government, it would be recalled, had imposed ban on worship centres (mosques and churches) due to the ravaging effect of the Covid-19 pandemic in the state and country. 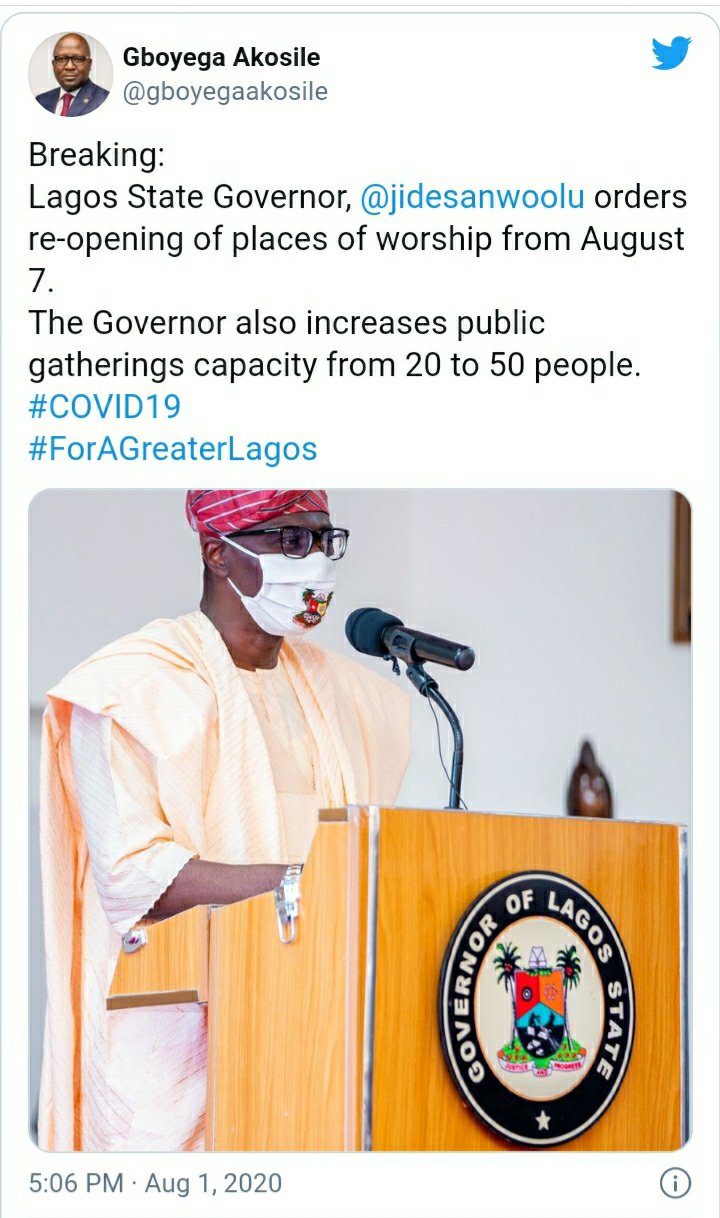 The post Lagos announces dates for reopening of worship centres appeared first on .

CHECK IT OUT:  Why Are Our Girls Like This? – If You Are The Man, What Would You Have Done?