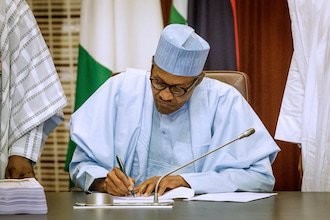 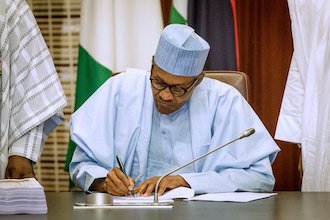 President Muhammadu Buhari has approved the renewal of the appointment of Mr Joseph Chiedu Ugbo as the Managing Director of Niger Delta Power Holding Company (NDPHC).

The president also approved the reappointment of Messrs Babayo Shehu and Ifeoluwa Oyedele as executive directors of the NDPHC respectively.

A statement by the spokesperson to Vice President Yemi Osinbajo, Laolu Akande, sent to journalists on Thursday, August 20 revealed that the renewal will take effect from Tuesday, August 25, for a period of four years.The appointment of three additional directors have also been approved for more effective and efficient coverage of the company’s areas of activity,” the statement revealed.

Experts say the management of the NDPHC have done well and deserve to be reappointed.

In 2017, the Solar Home Systems Initiative of the NDPHC – in partnership with the private sector – installed pay-as-you-go solar systems in 20,000 low-income/rural households. The initiative also included training for community technicians.

In January 2018, the NDPHC commissioned a 2×7.5 MVA, 33KV Injection Substation in Nasarawa state.

VP Osinbajo presides over the board meetings of the NDPHC and has brought his experience to bear in the affairs of the company.

The post Buhari approves renewal of NDPHC boss, others appointment at NDPHC appeared first on .