Viral tweet that claimed Wizkid is set to release a song with Davido is fake - NaijaCover.Com
Skip to content

The fake tweet surfaced in social media on Thursday night and it has misled a lot of their fans into thinking that the duo are about to release a song together. 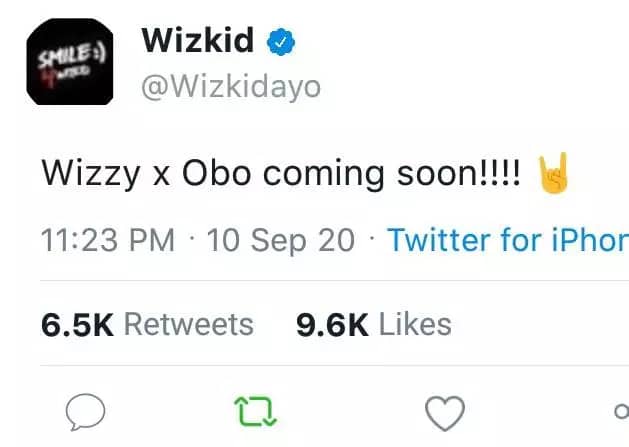 The tweet is clearly photoshopped and Wizkid has not made such statement on any of his official social media accounts.

Meanwhile, we are expecting a collaboration track from Wizkid and Burna Boy after Wiz took to social media to share some new photos of them in the studio.

The post Viral tweet that claimed Wizkid is set to release a song with Davido is fake appeared first on .

CHECK IT OUT:  3 Die In Cult Clashes In Ajah And Ikorodu