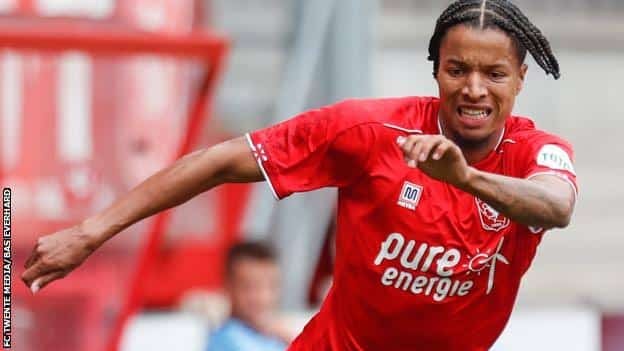 It was a Saturday of mixed fortunes for Nigerian footballers across Europe in the last round of league matches before the next international break, Soccernet.ng reports.

In the English Championship, Super Eagles defender William Troost-Ekong headed in his first-ever Watford goal to help the Hornets secure a thrilling 3-2 win over Cardiff City at the Vicarage Road.

Former Chelsea midfielder was equally masterful for Stoke City, captaining the Potters to an excellent 3-0 victory at table-topping Reading.

The former Chelsea starlet, who until last year was playing in the League Two, entered the field in the 77th minute with the visitors hanging on to a 1-0 lead thanks to Conor Chaplin’s first-half strike.

Adeboyejo then sealed the win with his first real effort on goal in the 83rd minute.

In Spain, Kelechi Nwakali was a 90th-minute substitute as Huesca recorded their sixth draw of the league campaign in their 1-1 draw against Eibar at the Estadio El Alcoraz.

Newly-promoted Huesca are still without a league win in their nine games played so far this season.

In the Netherlands, Tyronne Ebuehi continued his impressive form to help FC Twente power to a 4-2 victory away at former side ADO Den Haag.

Ebuehi, who was earlier in the week named into the Eredivisie Team of the Month of October, came to prominence at ADO, spending four productive years there before moving to Benfica in 2018.

CHECK IT OUT:  THIS IS SAD! NYSC Member Allegedly Beats Almajiri Boy To Death

On-loan Chelsea winger Victor Moses continued to struggle for form and fitness as he played only one half of Spartak Moscow’s 2-2 draw at Ural.

A Sobolev brace sandwiched Pogrebnyak’s effort to hand Spartak a 2-1 lead heading into the break.

Moses was, however, substituted at the start of the second half only for Augustyniak to grab a 60th-minute equalizer for the hosts.