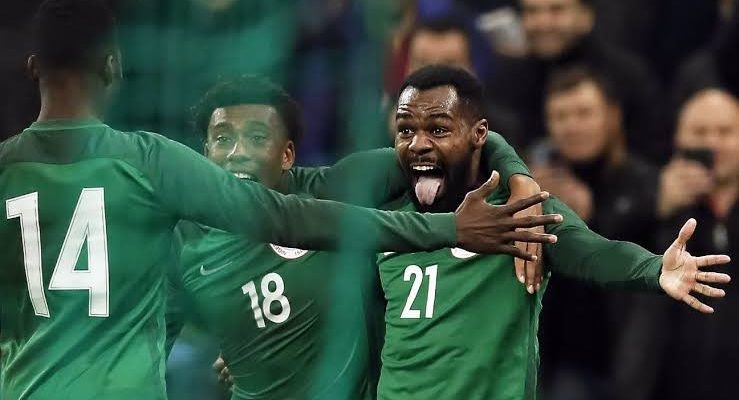 It was largely an excellent Sunday at the office for several second-string Super Eagles stars as many were involved in their clubs’ win across Europe, Soccernet.ng reports.

While they will not be a part of the Nigerian senior national team squad preparing to host Sierra Leone in Benin City for an Afcon 2022 qualifying games, Peter Olayinka and Bryan Idowu still made huge statements with their performances for their different clubs on Sunday.

Peter Olayinka’s 7th-minute strike was all Slavia Prague needed to claim the maximum points over visiting Mlada Boleslav in the Czech Liga.

It is the second time the 24-year-old Super Eagles attacker will score the all-important winning go for the Czech champions in their last three games, having repeated the trick in the club’s 1-0 defeat of Bundesliga side Bayer Leverkusen in the Europa League last week.

Nigerian fullback Jamilu Collins and Paderborn are pushing for an instant return to the Bundesliga after last season’s relegation.

The 26-year-old defender saw every minute of action as Paderborn humbled their hosts Darmstadt 98 4-0 in the 2.Bundesliga on Sunday.

In Belgium, Nigerian forward Emmanuel Dennis inspired Club Brugge to a 3-1 victory at Oostende, a win that catapulted the champions to the top of the First Division A table.

Rits, Diatta, and Badji got the goals for Brugge at the Diaz Arena.

In Russia, Nigerian defender Bryan Idowu featured from start to finish as Khimki hosted and flogged Rubin Kazan 2-0 at the Arena Khimki.

The left-back has two goals to his name in the Russian Premier League this term but he has not featured for the Super Eagles since Nigeria’s defeat to Argentina at the group stages Russia 2018.

CHECK IT OUT:  BREAKING: Buhari To Swear In Ministers August 21