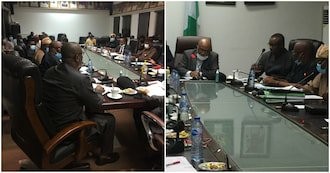 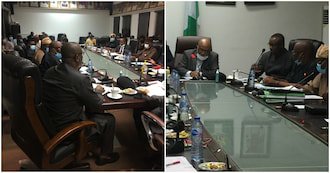 The Academic Staff Union of Universities (ASUU) has reacted to rumours on social media that claimed the union has called off its eight months old strike.

The University of Calabar (UniCal) chapter of ASUU on Thursday, November 19, described the rumour as Fake news, Daily Trust reported.

Dr John Edor, the chairman of the chapter said the union never made any announcement about calling off the strike on social media.

“As I talk to you now, ASUU does not have a Twitter account, so I wonder where that statement came from. As far as I am concerned, it is fake news.”

The chairman, however, said that a meeting between ASUU and the federal government on the lingering strike may hold on Friday, November 20.

Meanwhile, the Nigerian Labour Congress (NLC) has said ASUU has not called off its strike because some issues raised by the union have not been attended to.

Wabba made the disclosure when he spoke with journalists after presenting NLC’s position on six executive bills before the Senate committee on aviation, Daily Trust reported.

He said public universities would resume if the issues raised by the academic union are resolved.

The post ASUU dismisses rumour claiming it has called off its strike appeared first on .