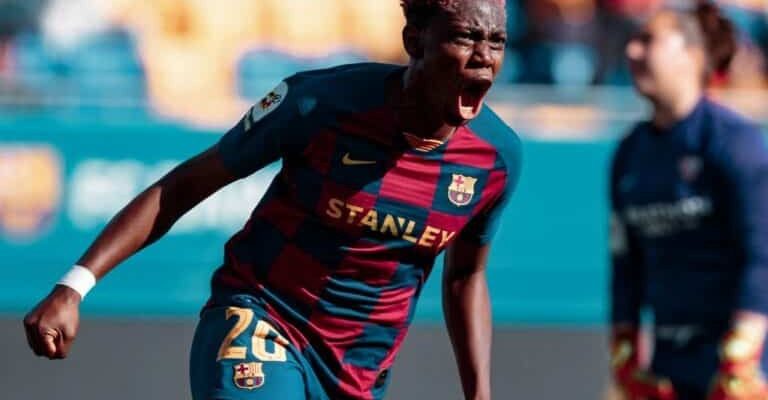 The Super Falcons star had an impressive campaign with Barcelona Femeni last season, but it was not enough to get her the votes of her fellow professionals

Asisat Oshoala is missing from the 55-woman FIFPRO best XI nominee list which was released on Thursday afternoon.

She was also brilliant in Barcelona’s European campaign, scoring one goal as Barca reached the semi-finals, where they lost to Wolfsburg.

However, despite her performance, it was not enough to earn her a place in the 55-women nominee list. The 55-players were voted by their fellow professionals, but Oshoala did not receive enough votes to feature.

Nonetheless, there was still an African representative with Tabitha Chawinga of Malawi and Jiangsu Suning earning a spot.

The best XI from the list will be announced at the FIFA Best Award scheduled to take place on December 17, 2020.

CHECK IT OUT:  Big Brother Africa winner, Idris Sultan arrested for ‘harassing’ the president by laughing at his throwback photo