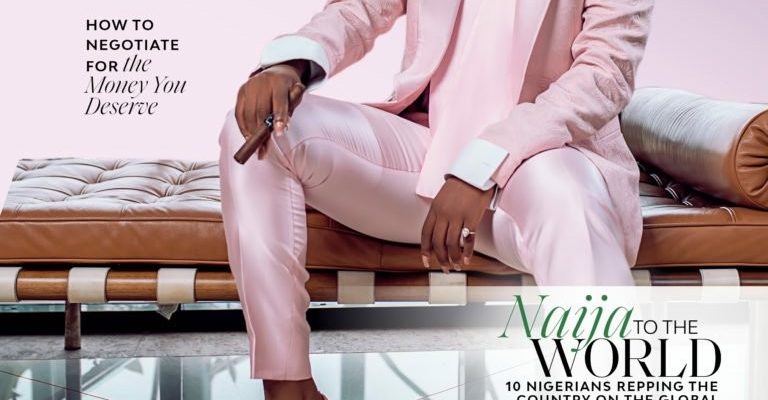 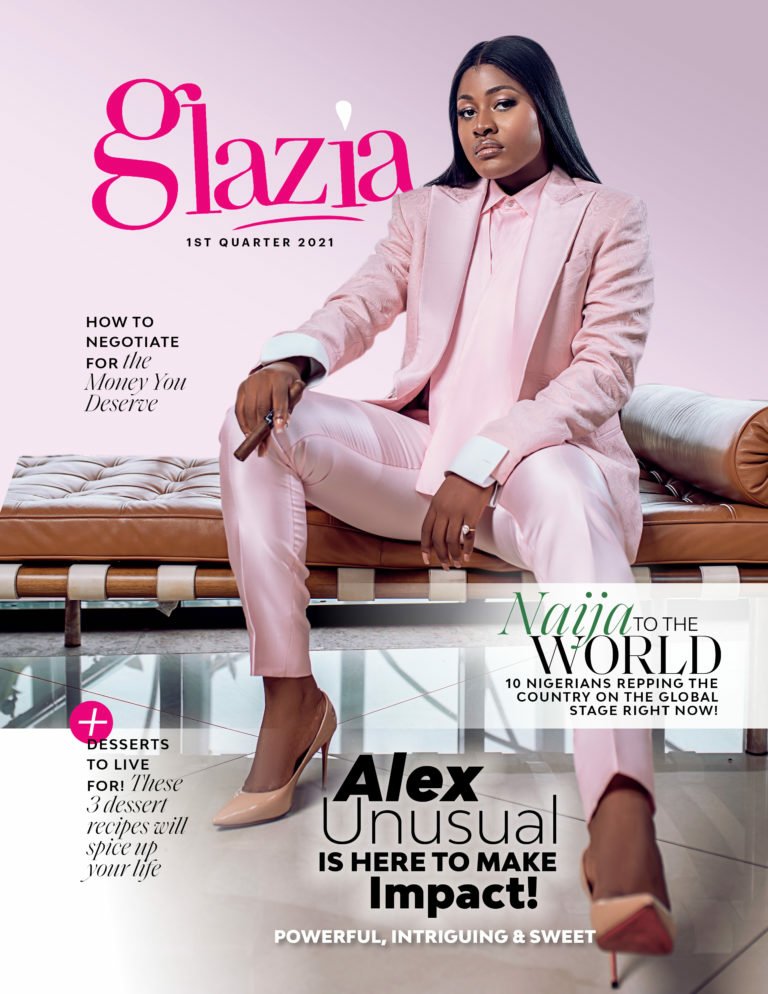 Model and BBNaija alum, Alex Asogwa, popularly known as Alex Unusual, flawlessly takes over the cover of Glazia Magazine in a pink men’s suit by Nigerian fashion brand, ATAFO, personally fitted by the creative director and fashion guru himself, Mai Atafo. is restricting airflows with her epic new cover for

Themed Womanhood, the issue which launches across digital and traditional platforms today is aimed at celebrating the versatility of a woman.

“For this issue, we wanted to showcase the woman in all her glory. Inside the magazine, you are given a special tour of the different domains of womanhood – as a boss, lady of the manor and creative artist. Showing that she could be sultry or cool, delicate yet so strong, vulnerable but oh so courageous” said Omawumi Ogbe, Glazia Editor-in-Chief.

This is my first magazine cover in a while so it was good to experience the entire process of creating a cover again. It was also a bonus that from glam to photography, styling and more, everyone on set was nice. Glazia is a professional, classy and very organized magazine and I am excited to be a part of this landmark issue.” said Alex Unusual.

For the cover interview, Ogbe draws you in with memorable details of the behind-the-scen

es moments before delving into the main piece itself where Alex talks about her first film production Nucleus, what it means to be a woman in this age, her creative process, how she is navigating the entertainment industry in today’s noisy world, and much more.

“Working with Alex Unusual for this cover was such a d

CHECK IT OUT:  I Will Kill Davolee And Dremo Combined In A Rap Battle – Rapper YNK Vows (WATCH VIDEO)

elight! As always, she had no airs, was polite and playful with everyone. Sometime during the shoot, we turned the room into a karaoke bar, belting out songs from Nicki Minaj, Justin Bieber, Davido and more with so much passion.”