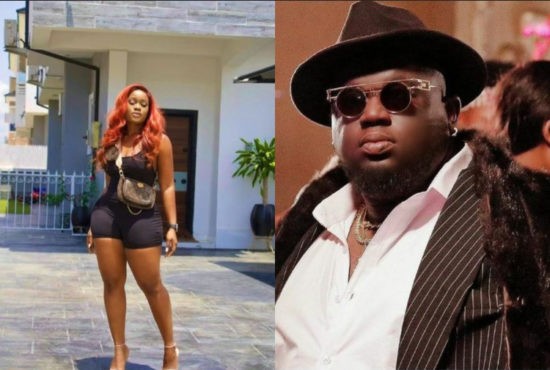 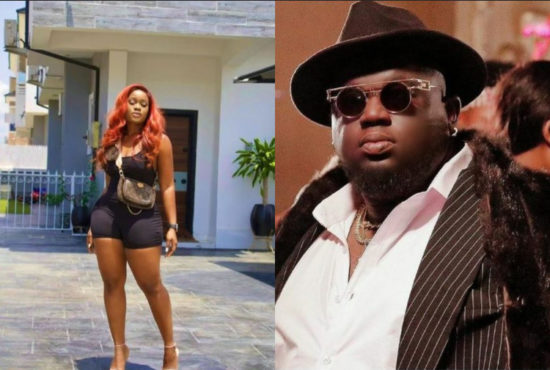 Soso Soberekon has revealed that he is actually crushing on the reality star, Cynthia Nwadiora, popularly known as Cee-C and wish he had her as a girlfriend.

The music boss made this known in a Question and answer session he launched on his official Instagram page. An inquisitive fan who decided to know what’s going on between him and Cee-C asked if he was in a romantic relationship with her.

In response to this, the music executive admitted that for now, there is nothing like such, but he wishes it could happen sooner than later.

See the conversation below: 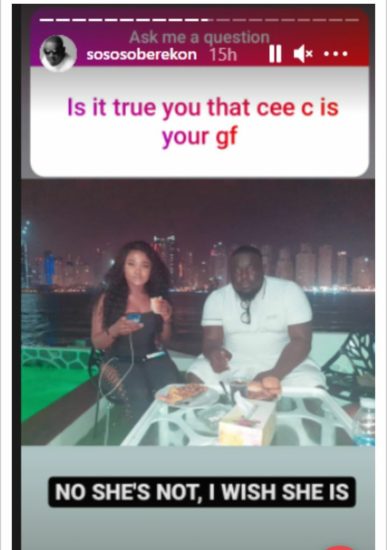 The post “I Wish Cee-C Is My Girlfriend” – Artist Manager, Soso Soberekon Opens Up appeared first on .

CHECK IT OUT:  Oluwo of Iwo used to beat me, cheated with our housemaid – Ex-Queen Chanel Chin (Video)