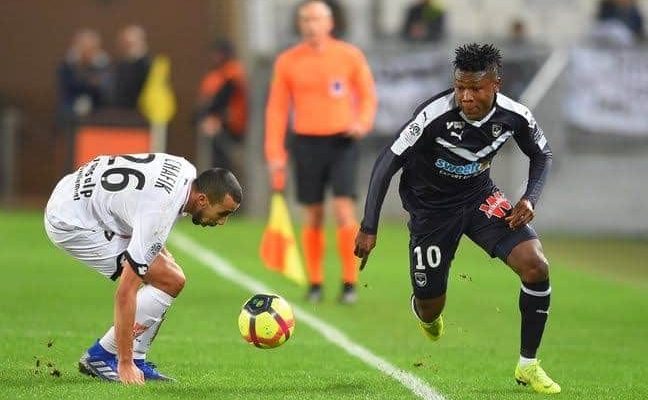 Samuel Kalu returned to the starting eleven following his battles with injury to help Girondins Bordeaux claim a surprise 1-0 win over in-form Rennes.

Kalu has had his season hampered by injury, with the Super Eagles playmaker starting his last match in his side’s narrow 1-0 defeat at home to Paris Saint-Germain in early March.

The 23-year-old then suffered another injury relapse in Bordeaux’s 3-1 victory at Dijon, missing his side’s next five league matches before coming off the bench in the 4-1 loss to a Terem Moffi inspired Lorient.

Bordeaux lost each of the five matches played in Kalu’s absence from the first team and were underdogs at home to high-flying Rennes, a team that claimed five wins and a draw from their last six matches.

But Jean-Louis Gasset’s men carved out a narrow win over the visitors at the Matmut Atlantique, courtesy of Sekou Mara’s 11th-minute strike.

The home side were helped in no small part by Steven Nzonzi’s dismissal in the opening eight minutes for a dayngerous challenge on Mara.

Kalu was replaced on the hour-mark by former Newcastle star Hatem Ben Arfa.

The win over Rennes momentarily eases Bordeaux’s relegation worries with Les Girondins moving up to 15th, eight points clear of Nantes in 18th with three matches left to play.