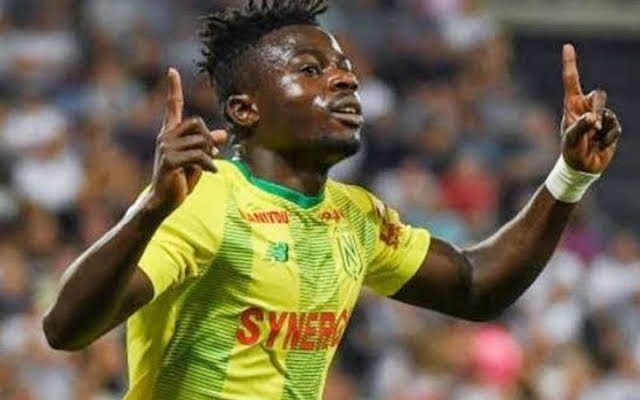 Simon Moses, on Saturday, was one of the influential figures that helped Nantes clinch a much-needed 1-0 victory over fellow strugglers Girondins Bordeaux at the Stade de la Beaujoire.

Simon scored and provided an assist to power Nantes to an excellent 4-1 triumph at Brest last weekend.

And he was the architect of the hosts’ third goal, dribbling past a couple of defenders before laying it off for Randal Kolo Muani to volley home in the 70th minute.

Kalifa Coulibaly’s first-half strike and Imran Louza’s second-half penalty had set Nantes on the way to another convincing win.

The visitors were without the services of Super Eagles winger Samuel Kalu, whose return from injury last time out coincided with Bordeaux’s first win in seven league games.

And his playmaking abilities were missed as Bordeaux struggled to break down the home side’s defence or contain their fast attackers.

Simon has already bettered the five goals he scored for Nantes last season which earned him the club’s player of the year award.

But with two matches to go and his side still in the relegation zone, more would be expected of the Nigerian if the Yellow Canaries are to remain in the Ligue 1 next term.

The latest win over Bordeaux, lift Raymond Domenech’s men to just a point fourth-bottom Lorient, who have a tough task of picking a positive result away to Lyon this weekend.