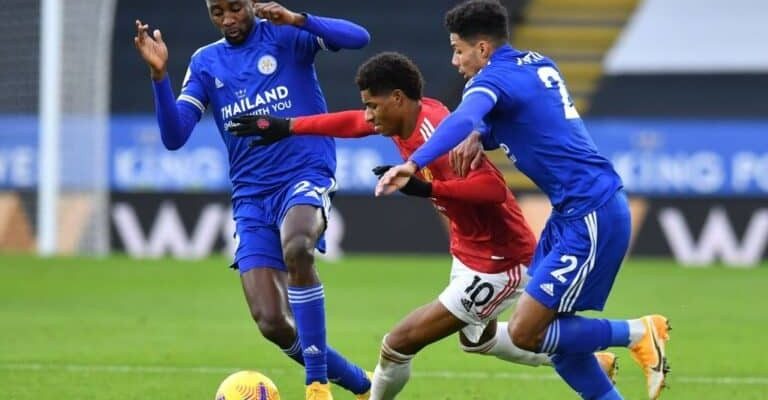 The Foxes head to Old Trafford with their place in the top-four currently under threat, but the Nigerian midfielder believes they have what it takes to get a result

Wilfred Ndidi believes Leicester City can cause an upset against Manchester United and strengthen their place in the top four.

Brendan Rodgers men are currently in the top four, but their form in recent weeks has put their position under threat, which could see a repeat of what happened last season.

Leicester were well placed to qualify for the Champions League last season, having stayed in the top three for most parts of the campaign, but they bottled when it mattered most and missed out on a place in the top four on the last day.

History seems to be repeating itself as Leicester are now fourth on the table, having once put distance between themselves and their top-four rivals.

The Foxes have won just two of their last six league matches, including the loss to Newcastle last weekend. The 2015-2016 league champions lost their third spot after Chelsea stunned Manchester City on Saturday.

Although they still control their fate after West Ham lost to Everton, they face a tough trip away to United and can’t afford to lose.

However, while United are favourites going into the clash, Ndidi insists that Leicester are well equipped to beat the Red Devils and also qualify for the Champions League.

“It’s one of those games. We have to try and do our best to get something out of it. We’ve got three games left, so it’s that part of the season where every point is really important,” he told LCFC TV.

“It’s a tough game. Obviously, the last time we met, we knocked them out of the FA Cup, but it’s going to be a difficult game. We’ll look forward to it and see what comes out of it. They’re a really good team, a really strong side. The players they have are top quality.

“They’ve really done well in the league and the Europa League. They will also want to finish as high as possible, which is how every team wants to finish the season. It’s something that means we have to go there, see what comes out of it, and we’ll give everything.” he said.

“It was a good, good feeling, playing against Manchester United,” he continued. “It gave us good feelings, and it was good for confidence. We have to prove ourselves on the pitch and play with confidence and work hard for it. Then we’ll see what comes out of it.

The Foxes are currently five points clear of West Ham and six clear of Liverpool, who have a game in hand. A win for them tonight will take them above Chelsea, who play Arsenal tomorrow.