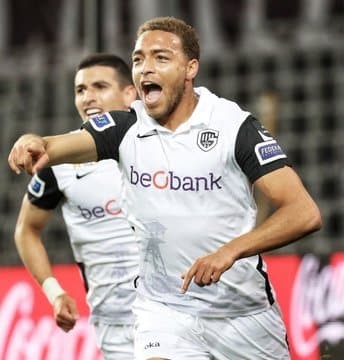 The ex-Midtjylland man continued his fantastic scoring form, but it was his countryman that fired the Smurfs to victory over Vincent Kompany’s men

Paul Onuachu scored his 33rd league goal of the season, but Cyriel Dessers scored the winner as Genk overcame Anderlecht by two goals to one at Lotto Park.

Onuachu had scored the equaliser in the reverse fixture on Wednesday and he picked up from where he left by firing in the opener in the 16th minute.

It’s the Nigerian international’s 33rd strike in the Belgian top-flight this season (29 in the regular season and four in the playoff rounds).  The 26-year-old also has three goals in the Belgian Cup, including the winner against Standard Liege in the final.

Meanwhile, Onuachu was not the only Nigerian on target on the night as Dessers scored the winner for Genk after Lukas Nmecha had restored parity for Anderlecht.

The former Utrecht striker was brought in from Heracles last summer after finishing as the joint top scorer in the Dutch league last season.

Although he has been overshadowed by his compatriot this season, he came on for him in the 76th minute and scored the winner ten minutes later.