How DJ Michelle faked her death with the help of her sister – Kemi Olulonyo shares details - NaijaCover.Com
Skip to content 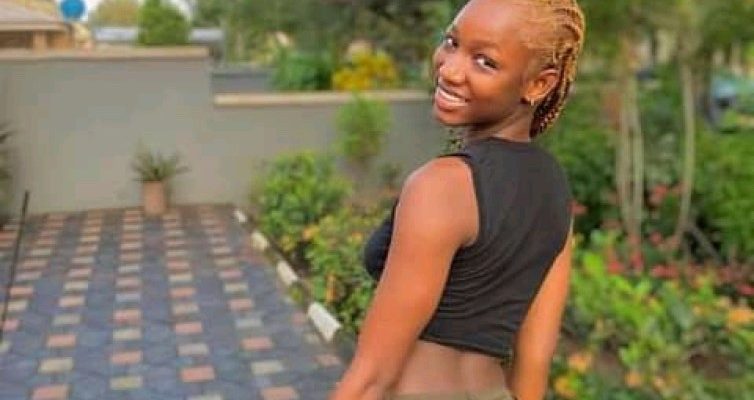 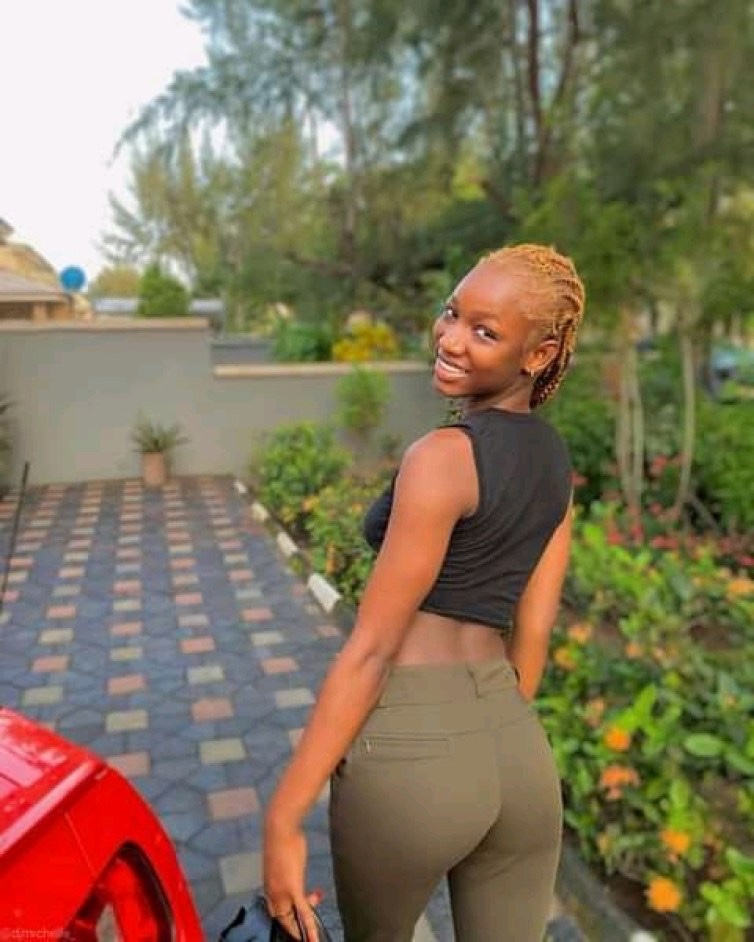 Reports which surfaced to this effect encapsulated Michelle visiting the Lagos beach in the company of her siblings and friends.

Fortunately, the young lady was rescued alive within 24-hours to the bewilderment of everyone.

Her sister, Stella, who raised the alarm on Thursday, went on Instagram live to show her sister who was just retrieved from the water. PUNCH reports that stunned eye-witnesses were saying that they haven’t seen such a thing before.

A person in the video stated that someone has never been recovered from the beach alive, as others told the DJ to be grateful to God.

Much to the relief of everyone, Michelle was spotted clearing sand from her body in her sister’s Instagram live video. Her terrified sister had earlier updated fans on the unfortunate incident on Thursday writing, “God why? Ahh Michelle”, accompanied with crying emojis.

She further added, ” I’m in shock. God don’t let this be the end. I need a miracle right now. My sister can’t be gone.”

The disc jockey’s sister also stated that people watched on while her sister drowned. She wrote, “My sister did not deserve this, I can’t breathe. They all stood there and watched her drown. God, where’s my sister?? Where’s her body?”

However, Kemi said everything that happened was for clout and likes on social media. Writing further, Kemi said the whole event was a script that was used for a social experiment. 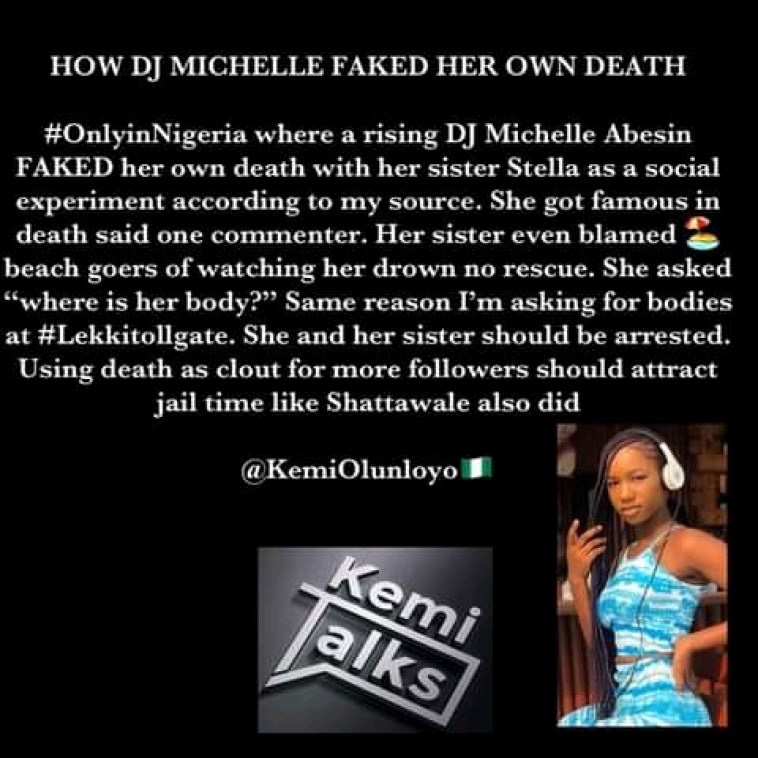 The post How DJ Michelle faked her death with the help of her sister – Kemi Olulonyo shares details appeared first on .

CHECK IT OUT:  “I’m Not Fighting With Anybody, Elections Are Over” – River State Governor Wike
(Visited 14 times, 1 visits today)