Man who rescued DJ Michelle after water swept her away at the beach speaks (video) - NaijaCover.Com
Skip to content 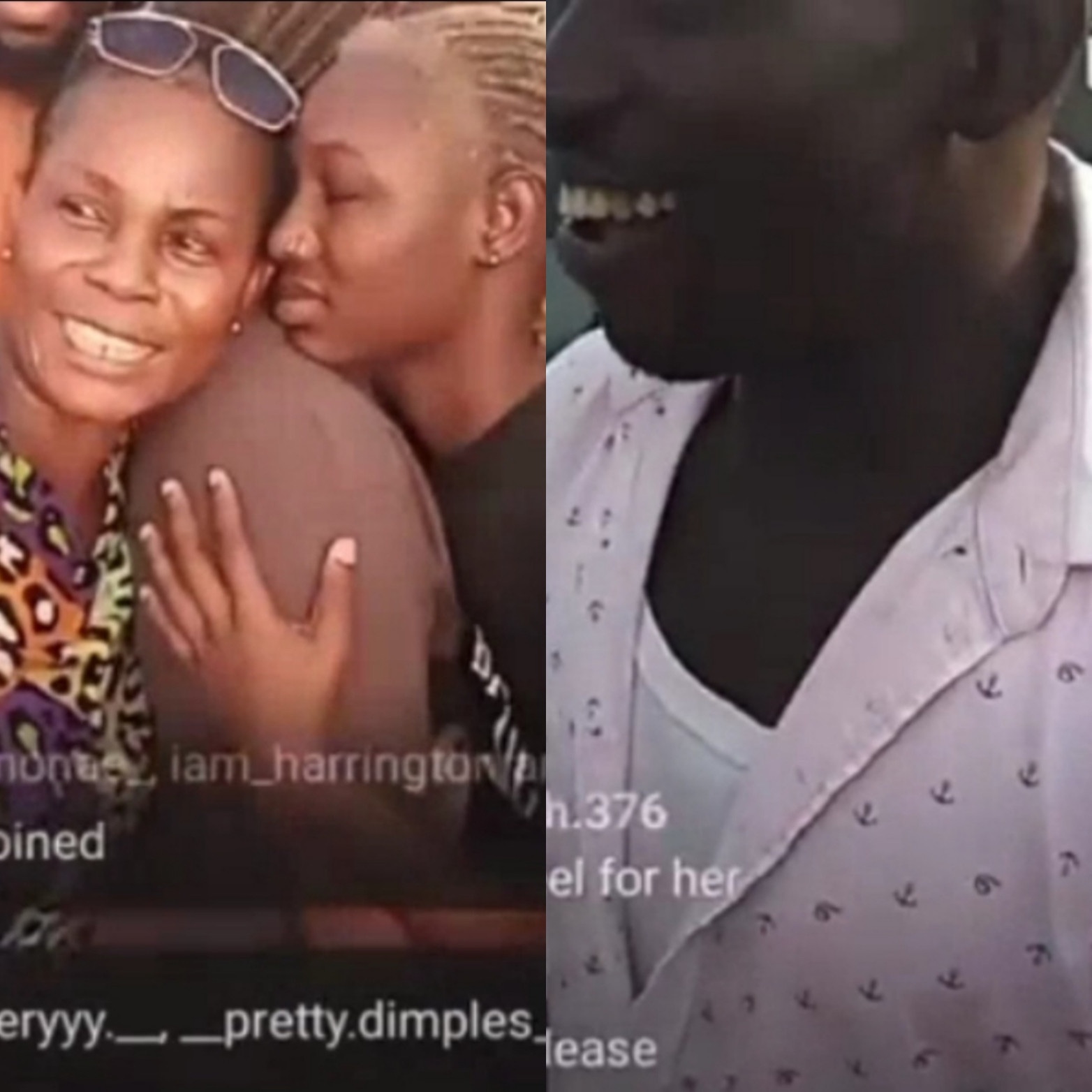 The man who rescued fast-rising DJ Michelle, after she was swept away by water at a beach in Lagos, has spoken out after it was revealed that she’s been found alive.

The DJ had gone to the beach with her friends on Thursday, Nov. 18, and she was swept away by the water, friends and family claimed.

People began mourning her earlier today, Nov. 19, but, by this evening, it was revealed that she has been found alive 24 hours after she reportedly vanished in the water.

The man credited with rescuing her from the water a day later was interviewed at the beach.

He said in Yoruba that he had passed where she was on the water but his mind told him to go back. He did and that’s when he found her and rescued her.

He then performed CPR on her to revive her.

DJ Michelle’s family members were at the beach to receive her after she was revived. 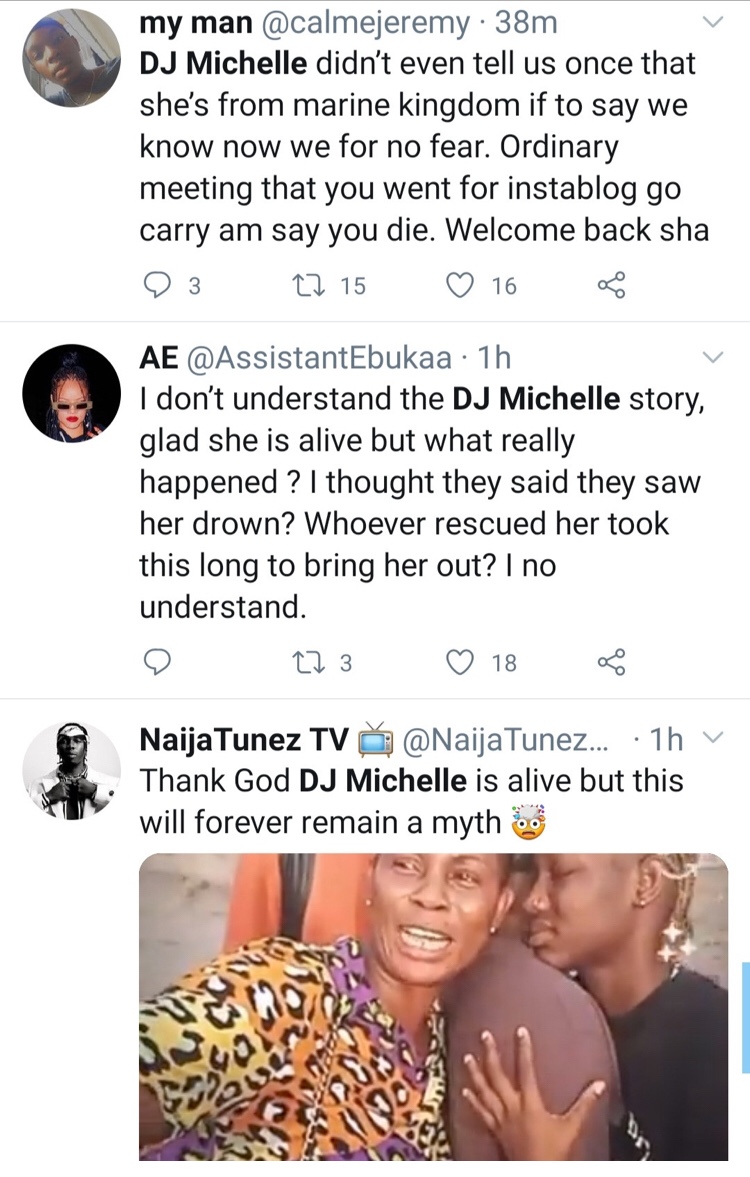 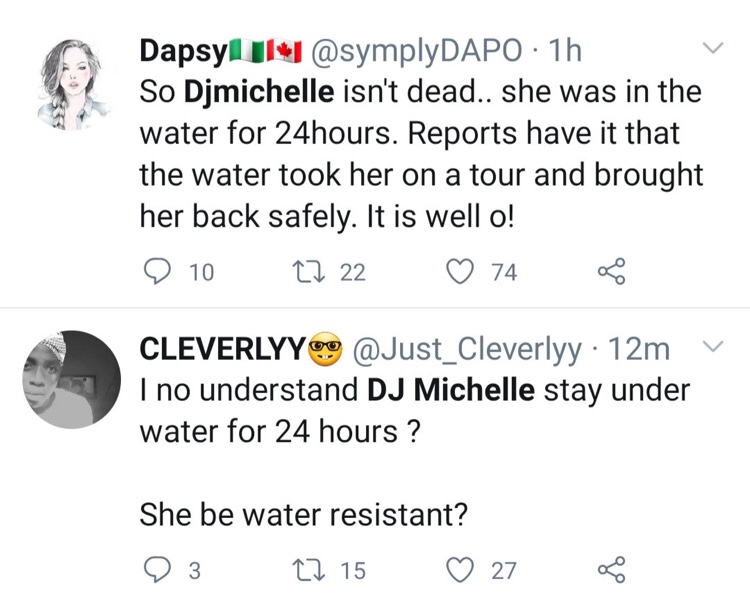 The post Man who rescued DJ Michelle after water swept her away at the beach speaks (video) appeared first on .

CHECK IT OUT:  ‘We Are Going To Take Our Anger On Liverpool’- Chelsea Striker Tammy Abraham