Posted By Udokabestluv On October 18th, 2022 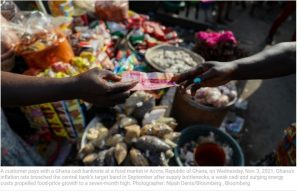 (Bloomberg) — Ghana’s cedi slumped to become the world’s worst-performing currency this year as investors continued to squeeze foreign capital to the west African country before a deal with the International Monetary Fund.

The currency of the world’s second-biggest cocoa producer depreciated as much as 3.3% Monday, before paring the loss to 11.2750 per dollar at 3:30 p.m. in the capital Accra. That took its losses this year to more than 45%, the most among 148 currencies tracked by Bloomberg.

The cedi’s slide has accelerated in the past month as Ghana began formal negotiations with the IMF for an extended credit facility. The country is hoping to receive up to $3 billion in loans over three years under the arrangement to spur its finances and support the balance of payments.

“Investors were expecting to hear something in Washington last week but unfortunately nothing emerged,” Simon Quijano-Evans, a London-based economist at Gemcorp Capital, said in emailed comment, referring to the week-long IMF annual meetings that ended Oct. 16. “It was radio silence.”

The country sought help from the IMF after losing access to the Eurobond market this year and as homegrown policies, including cutting 2022 discretionary expenditure by up to 30%, failed to stem a selloff in its international bonds. The premium investors demand over US Treasuries to hold Ghana debt has widened to 2,669 basis points.

CHECK IT OUT:  Access Bank Reacts To The Viral Video Of A Guy Who Claimed To Have Stolen Customers’ Data

Holdings by foreign investors in outstanding domestic government and corporate bonds fell to 12.3% at the end of August, the lowest ever, from a 2022 peak of 17.3% in April, according to Central Securities Depository Ghana Ltd. data. The nation’s domestic bonds are currently trading at an average yield of 41.9%, the highest in emerging markets, according to indexes tracked by Bloomberg.

Ghana’s gross international reserves declined to $6.6 billion at end-September, enough to cover only 2.9 months of imports. That’s down from $10.7 billion a year earlier, which gave 4.8 months of import cover.

The currency, deriving its name from sedie, the local Akan language name for cowrie shell, has overtaken the losses of the Sri Lankan rupee, which has slid nearly 45% against the greenback this year as the country also seeks to unlock an IMF loan following a debt default. 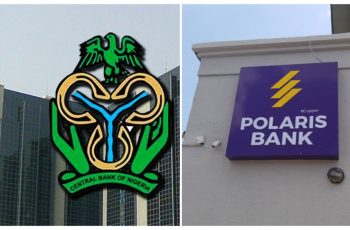 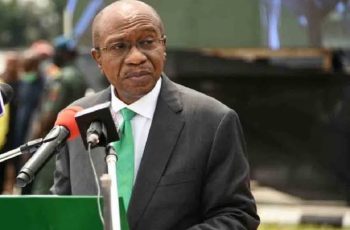