See What Klopp Is Saying About Liverpool Winning The Premier League Over Man City - NaijaCover.Com
Skip to content 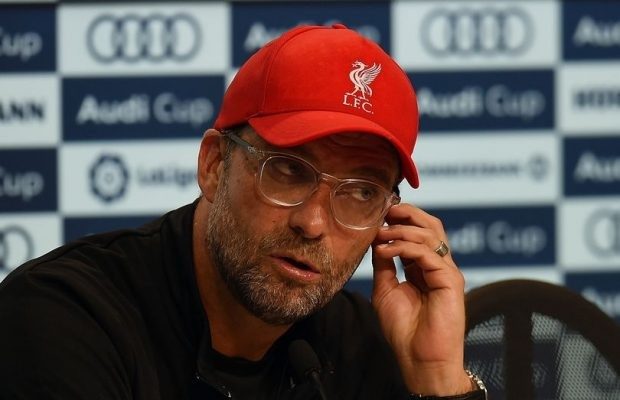 Jurgen Klopp says Liverpool are refusing to concede defeat in the title race with Manchester City, despite slipping a point behind the Premier League’s defending champions.

City’s 1-0 win at Bournemouth on Saturday moved them back top, with Liverpool unable to reclaim that spot a day later as they drew 0-0 at Everton in the Merseyside derby.

Klopp’s side have failed to score in three of their past four matches in all competitions and they also drew 0-0 in their last away Premier League game, at Manchester United.

But although the Reds have ceded pole position to City as they hunt a first title of the Premier League era, Klopp believes further twists could come over the last nine games.

“We are positive – how couldn’t we be positive?” Klopp said to Liverpool’s official club website after the stalemate at Goodison Park.

“There is a lot to come and a lot of games to play. What brought us here was the stability the boys showed.

“Then you have to finish them off, which we did very often but not [at Everton].

“The dynamic [at the top of the Premier League] changed a little bit – now we are second, they are first.

“The season is not over and we will not give up.”

The post See What Klopp Is Saying About Liverpool Winning The Premier League Over Man City appeared first on Naijaloaded | Nigeria’s Most Visited Music & Entertainment Website.

CHECK IT OUT:  CHECK THEM OUT! Obi Mikel Finally Reveals 2 Reasons He Dumped Super Eagles