School Secretary Arrested For Having S*x With 14-Year-Old Boy For Over Two Years - NaijaCover.Com
Skip to content 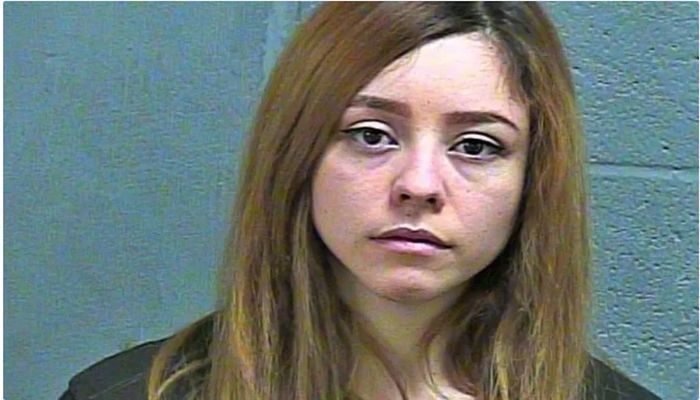 A school secretary has been charged with rape after allegedly having sex with a student, police have said.

Elizabeth Madrid, 29, has been charged with nine counts of second degree child rape and 21 counts of performing lewd acts with a child, it was reported.

Police say Madrid and the unnamed boy, who is now 14, began texting each other in early 2017, ktul.com reported.

They first became physical last summer and were still said to be engaging in sexual activity until her arrest on Friday, it is alleged.

Police conducted a search of Madrid’s home after receiving a tip-off that the victim had been living with her for two weeks, it was reported.

The victim’s mum told the authorities she thought her son had been staying with his father.

“He was a student at the time. Eventually, it became a sexual relationship in June or July, 2018.”

“Everything is a case by case basis. It just depends on the severity of the relationship, so to speak.

“So, it’s not unordinary to have a lot of charges like this.”

Madrid was taken to the Oklahoma County jail where she remains in custody on a $550,000 bail bond.

The post School Secretary Arrested For Having S*x With 14-Year-Old Boy For Over Two Years appeared first on Naijaloaded | Nigeria’s Most Visited Music & Entertainment Website.

CHECK IT OUT:  ‘We Were Always Running Out Of Condoms Because Of Gedoni And Khafi’- Thelma