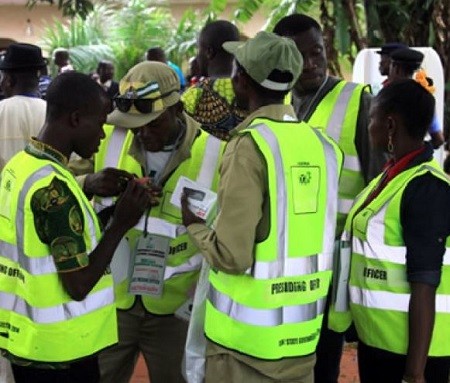 The Centre for Democracy and Development (CDD), yesterday expressed its concern over what it described as electoral irregularities in some states in the gubernatorial election.

This was made known by Joe Abah, a member of the CDD’s Election Analysis Centre (ECA), while speaking at a news briefing on the EAC’s update on the Saturday’s Governorship and the House of Assembly elections in Abuja.

”The CDD EAC is seriously concerned at the level of electoral irregularities in some states.

”In Imo, for instance, shortly after the commencement of voting, it was reported that there was open ballot stuffing at polling unit 010A and 010B at Mbutu Ward, Aboh Mbaise Local Government Area of the state.

”INEC announced on the election day the sacking of its ad hoc staff in the state on the ground that they had been compromised by politicians.

”And the commission announced new ad hoc staff on the Election Day (apparently to ensure they would not be compromised).

”However, it was said that even the new set of ad hoc staff appointed on the Election Day was also compromised,” he said.

According to Abah, the police reportedly arrested no fewer than 105 political thugs in the state.

”The thugs were allegedly arrested for offences that ranged from ballot box snatching to disrupting elections, harassing electoral officials and impersonating police officers,” he said.

He said vote-buying remained a significant concern during the elections in parts of the country.

He lamented that buying and selling of votes prevailed in spite of the warning by INEC, security agencies and the anti-corruption agencies.

CHECK IT OUT:  See What Robert Mugabe, Former President Of Zimbabwe Looks Like Now In New Photos

”For example, the EFCC arrested some prominent party stalwarts in Benue and Kwara.

”INEC needs to address the issue of underage voting for future elections, seriously,” he noted.

He condemned pockets of killings and violence that occurred during the elections.

Jinadu described as disheartening that “the Smart Card Readers (SCRs) which authenticate the Permanent Voters Card (PVCs), accredit voters and matches voter biometrics to the INEC database was dogged by glitches.”

He said the challenge came mainly when it was time for reading and matching the fingerprints of voters.

Jinadu also decried incidences where observers were denied access to collation centres in some parts of the country, particularly Rivers, Zamfara and Akwa Ibom.

He, however, commended INEC for improvement in handling of logistics, with observers reporting early arrival of election materials and personnel in most locations.

”This is in sharp contrast with the Presidential and National Assembly polls in which late opening of polls was widespread,” he said.

The post Here Are Lists Of States With High Level Of Malpractices, Irregularities In The 9th March Election – CDD appeared first on Naijaloaded | Nigeria’s Most Visited Music & Entertainment Website.

CHECK IT OUT:  BREAKING!! Inter Milan Ready To Make £60m Bid For Lukaku