Rivers Election: INEC Has No Right To Halt My Victory – AAC Candidate - NaijaCover.Com
Skip to content 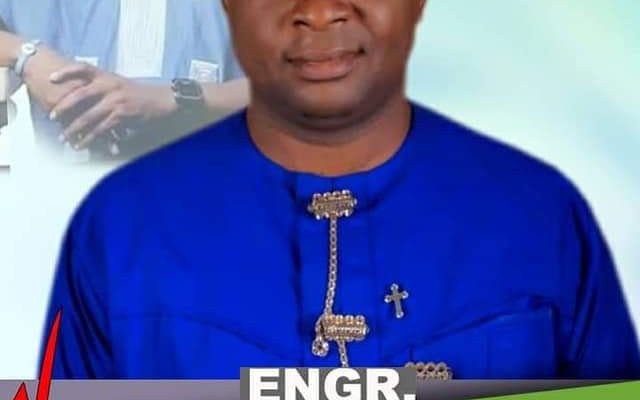 The governorship candidate of the African Action Congress, AAC, in Rivers state, Engr. Awara Biokpomabo, has rejected the suspension of the state’s results by the Independent National Electoral Commission, INEC, in the Saturday’s governorship and state houses of assembly elections held in the state and other parts of the country

Biokpomabo, in a statement on Monday, said INEC has no right to stop his victory at the polls because, according to him, no provision of the electoral act permits the commission to suspend elections that have already been concluded.

According to him, results from the areas that witnessed violence, a basis upon which INEC suspended the results’ announcements, had already been declared at the polling units and collation had begun before the abrupt suspension of the process.

He said, based on the results already collated and declared from the polling units, that he was in clear lead and was coasting to victory, haven won over 15 local government areas. He listed the LGAs where he said results had already been collated and declared before INEC suspended the process.

According to the AAC candidate, “My Party, the African Action Congress (AAC) a duly registered Political Party fielded candidates for the Governorship, House of Representatives, Senate, and House of Assembly positions for the General Elections held on the 9th day of March, 2019.

The aforesaid elections held as scheduled and proceeded up to collation stage in some Local Government Areas, and in some other Local Government Areas, results had already been collated and declared, before the Independent National Electoral Commission suspended the remaining stages of the election, which I was in clear lead and was coasting to victory.

Some of the unit results announced at the polling units in the Local Government were collations were not concluded clearly before the suspension of the processes show that I won over 15 Local Government Areas.

The INEC pleaded insecurity, violence, seizure of electoral materials by hoodlums etc. as the reasons for suspending the remaining stages of the Election. I reject the reason given by INEC.

This is because in the Local Government Areas that were affected, voting had concluded, results declared at the polling units and collation had begun before the abrupt suspension of the process.

The Commission does not have the power under our Electoral Act to suspend elections that has already been concluded. My agents at the field reported to me that the results had already been declared in the under listed Local Government: