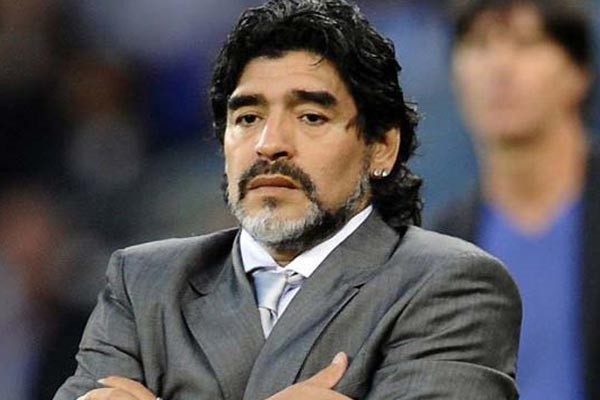 Maradona stated this after the magical Juventus star fulfilled his pre-match prediction by scoring a hat-trick against Spanish side, Atletico Madrid.

Juventus share price shot up by 20% after reaching the Champions League quarter-finals on Tuesday to pay back another chunk of Ronaldo’s £85m transfer fee.

Reacting to the player’s performance, Maradona told Marca, “There are players who have been touched by a magic wand. We Argentines are proud that Lionel Messi is Argentinian.

“The other one is an animal. Ronaldo is pure power, and now he’s also a sorcerer. He said he’d score three goals and he scored three goals.”

The Portuguese captain netted his eighth Champions League hat-trick to draw level with Messi and to extend his record tally to 124 goals in 160 matches. He has scored 63 times in the knockout stages.

CHECK IT OUT:  Femi Falana Blows Hot As He Speaks On Sowore’s Arrest