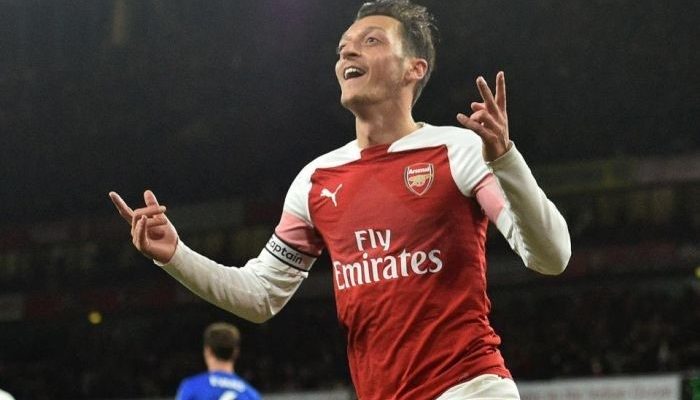 Arsenal will tackle Napoli in the Europa League quarter-final next month.

The Gunners reached the Europa League last eight on Thursday night after defeating Rennes 3-0 at Emirates.

Ozil took to his official Twitter page to praise Unai Emery’s men for showing good character and determination to reach competition’s next round.

He wrote: “Great comeback from the team! A difficult week for us, but we showed good character and determination to reach the #UEL quarters!”

CHECK IT OUT:  $20 million Fake Dollars Found In A Bank (Photos)