‘I Caught My Husband Sleeping With My Daughter’- Wife Cries Out - NaijaCover.Com
Skip to content 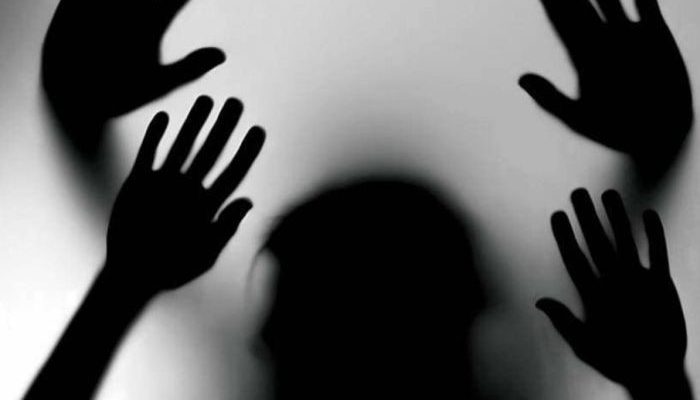 Ayobami Ogunleye, a trader and mother of three, on Friday told a Mapo Customary Court in Ibadan to dissolve her marriage to Olaniyi because he allegedly raped her 16-year-old daughter.

Testifying before Chief Ademola Odunade, the court’s President, Ayobami, who lived at Liberty-Oke-ado area of Ibadan said that her husband raped her 16-year-old daughter whom she had before getting married to Olaniyi, NAN reports.

“If I had known that Olaniyi was heartless, I would not have ventured into marrying him, let alone having children with him.

“I caught him red-handed raping my 16-year-old daughter that I had before I married him.

“I told Olaniyi in clear tones that I have a female child before he agreed to marry me.

“What I saw was that he started disturbing the girl until he eventually raped her.

“In fact, that was the reason I sent the girl to her father.

“Worst still, Olaniyi is a gambler and a thief.

“I kept a cash of N9,500 in a safe in our living room, Olaniyi stole the money to play Niger Bet without anything to show for it.

“When I asked him for my money, he started threatening to kill me.

“Then, he stabbed me with cutlass and my body is full of different machete cuts now.

“I reported him at Iyaganku police station and they advised me to institute a legal action against him in the court of law.

“Besides, I acquired a motorcycle for Olaniyi on instalments and he has remained an ingrate.

“He doesn’t even take care of the the children and I, please separate us,” Ayobami begged the court.

The respondent, who consented to the suit, however denied the allegations levelled against him.

CHECK IT OUT:  FCT Officials Demolish Dokpesi’s Structures In Abuja

Olaniyi, a commercial motorcyclist, submitted that his wife was a notorious prostitute in the neighbourhood.

“My lord, it is true that Ayobami brought a female child into my home when I married her, but it is not true that I raped the girl.

“She framed all sorts of lies against me after I caught her in adulterous act.

“The money I took in the room is actually mine and not hers,” Olaniyi said.

The respondent was, however, silent on the issue of the motorcycle which the plaintiff said she got on instalments for him.

“In the interest of peaceful living, the union between Ayobami and Olaniyi has ceased to be.

“Custody of the three children produced by the union is granted to Ayobami and Olaniyi shall pay a monthly allowance of N30,000 for the children’s upkeep in addition to been responsible for their education and other welfare,” the arbitrator said.

The post ‘I Caught My Husband Sleeping With My Daughter’- Wife Cries Out appeared first on Naijaloaded | Nigeria’s Most Visited Music & Entertainment Website.