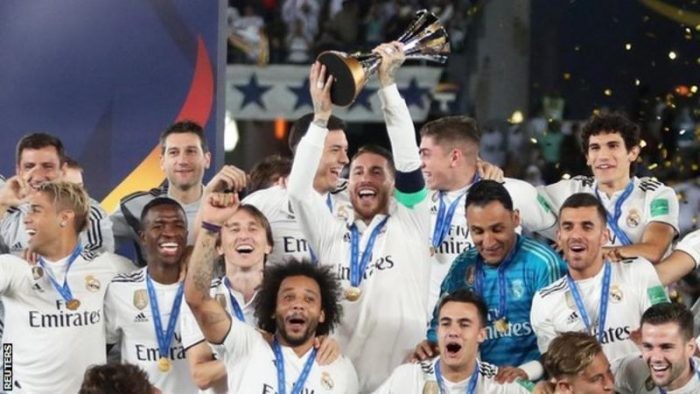 Fifa has approved a revised 24-team Club World Cup starting in 2021 despite top European clubs saying they would boycott the tournament.

The new competition is expected to include eight teams from Europe.

It will run every four years and take place from June to July in the slot currently used for the World Cup warm-up event, the Confederations Cup.

Fifa president Gianni Infantino said he was “extremely happy” after the Fifa Council backed his plan on Friday.

“Now the world will see a real Club World Cup where fans will see the best teams in the world compete to be crowned the real world champions,” he said.

The Club World Cup is currently held every December and features seven teams from six confederations, but the competition is largely ignored by European fans.

As well as eight European clubs, the new tournament would see six teams from South America, three each from Africa, Asia and North and Central America and one from Oceania.

It has been suggested each club could earn £50m from taking part.