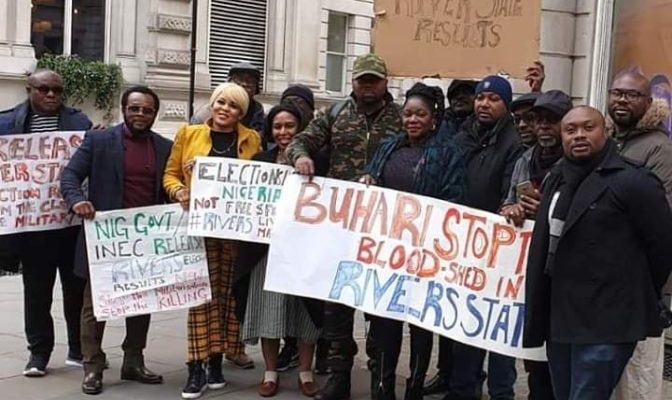 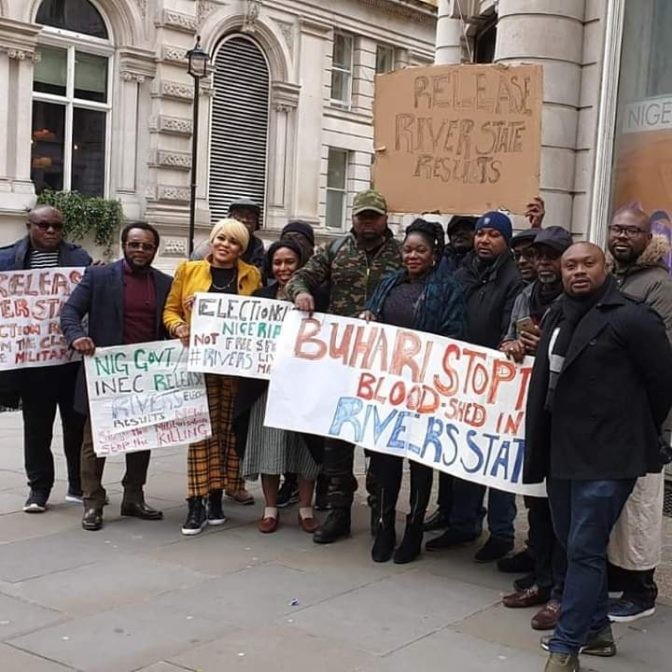 A group of Nigerians based in the United Kingdom – today protested against the Buhari-led government over the politically motivated killings, bloodshed and military invasion of several communities in Rivers state, during the governorship and states assembly elections on Saturday, March 9th.

The group under the auspices of the ‘Concerned Rivers People In UK’, protested at the Nigerian High Commission in London, with banners warning president Buhari to stop the bloodshed in Rivers state.

Meanwhile, the Ijaw Elders Forum (IEF), Lagos State chapter, has called on the Federal Government to order an immediate withdrawal of the military from Rivers State back to the barracks.

The forum noted with dismay the alleged roles played by the security operatives in the March 9 governorship election and the attendant carnage in the state.

CHECK IT OUT:  Senator Adeleke All Smiles As Court Grants Him 2M Bail And Case Is Adjourned Till June 24th