CONGRATULATIONS!!! Chelsea Star Hudson-Odoi Called Up To England Squad For The First Time Ever - NaijaCover.Com
Skip to content 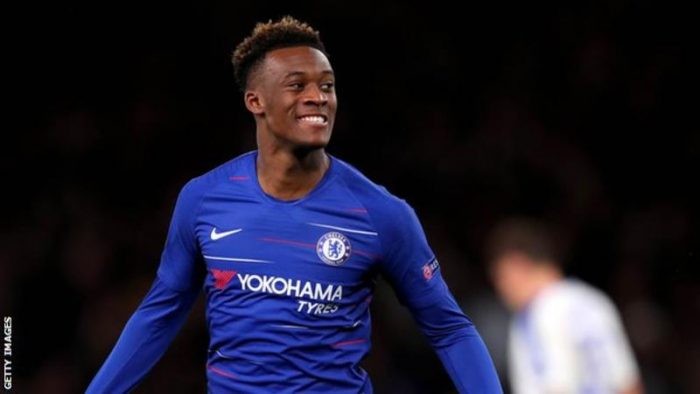 Chelsea winger Callum Hudson-Odoi has been called up to the England squad for the first time for the Euro 2020 qualifiers against the Czech Republic and Montenegro.

The 18-year-old was due to be part of the England Under-21 squad.

Hudson-Odoi played 19 games for Chelsea this season, scoring five times, but is yet to start a Premier League match.

Luke Shaw has joined John Stones, Fabian Delph and Ruben Loftus-Cheek in withdrawing from the squad.

Earlier on Monday, Southampton midfielder James Ward-Prowse was called up as a replacement.

Hudson-Odoi’s Under-21 call-up was his first at that level but the winger has previously represented England from Under-16 to Under-19 level, winning the Under-17 World Cup in 2017.

“It’s been a crazy experience but I’m delighted to get the call and it’s a nice feeling to be here as well,” Hudson-Odoi said.

“I thought the manager [Under-21 manager Aidy Boothroyd] was joking.

“I was shocked and then when I heard that I actually had to go over [to England’s training base at St George’s Park], I couldn’t believe it. I was delighted.

“It’s a dream come true. Now I’ve got to work hard, enjoy every moment and keep working to just hopefully make an impact when I get the opportunity.”

Hudson-Odoi has only made 23 first-team appearances in his career and would become England’s eighth youngest player if he makes his debut against either the Czech Republic or Montenegro.

The post CONGRATULATIONS!!! Chelsea Star Hudson-Odoi Called Up To England Squad For The First Time Ever appeared first on Naijaloaded | Nigeria’s Most Visited Music & Entertainment Website.

CHECK IT OUT:  ‘Coronavirus will be over on friday, 27th’ – Prophet TB Joshua (Video)