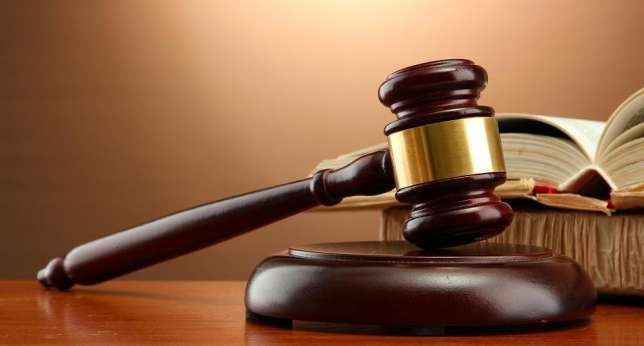 A woman is seeking divorce from her husband because he reportedly loves sex too much.

“My husband makes love to me sometimes five rounds at one time with only two minutes rest after each round, even when I am sick”, the divorce seeking wife told a Lusaka local court in Zambia.

The woman identified as Constance Mwelwa, 35, sued her husband, Raphael Katiba, 46, for divorce after separating for two weeks. However, Katiba said that he still loves his wife, Mwelwa.

The two got married in 2006 and have one child. Dowry was paid. Mwelwa told the court that her husband is very jealous and his love for sex is also too much. “Even when he knows I am not feeling well, he opens my legs and starts making love,” Mwelwa said.

She said whenever she went to church, he would accuse her that she was with other men and he would penetrate his fingers in her v*gina to prove whether she was telling the truth or lying and that she could not do any business because of his jealousy.

When Katiba bought her nice clothes, he would tear them saying they attracted men to her, she said.

Mwelwa further said that when Katiba started making love, he just rests for two minutes between rounds and started again and would go on for five rounds even when she was not feeling well.

‘’Katiba says that I did not come to his house to eat nshima, it is like rape because he would know that I am not feeling well but he opens my legs and starts making love,’’ Mwelwa said.

In defence, Katiba said he trusted Mwelwa when they were in the Copperbelt but that when they shifted to Lusaka, she started drinking beer and that she could spend nights out claiming that she was at her friends’ house.

CHECK IT OUT:  Chelsea Manager Lampard Gives His Opinion On Changes To Champions League Format (See What He Said)

He said he recently found a hidden Tecno phone in Mwelwa’s bag which she said was for business and accused him of being jealous for asking her.

In submission, Mwelwa said she wanted a divorce because Katiba beat her too much and that she feared he could kill her.

The court adjourned the matter to March 19, 2019 because Katiba did not have a court fee.

The post Even When Am Sick, He Opens My Leg And Starts Making Love – Wife Seeks Divorce From Husband appeared first on Naijaloaded | Nigeria’s Most Visited Music & Entertainment Website.