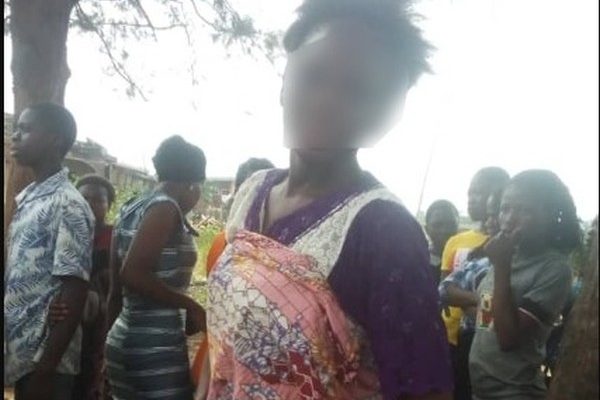 A woman was caught by residents of Akinigbon area of Ibadan, Oyo state, while allegedly attempting to abandon her own 9 month-old child in the area.

According to a resident who spoke with Double A Media, the suspect identified as Fatima was nabbed by the residents while allegedly attempting to abandon her own baby on Sunday afternoon.

Fatima, however, vindicated that, she never attempted to abandon Faruk, her own baby but she was coming from Omi area of Ibadan in search for her aunt, Mummy Adija who lives at Aba Eleshin in order to deliver a letter which she claimed that its content was to provide a solution to the disagreement between her and her husband.

Another resident confirmed that, truly, the suspect was caught while attempting to abandon her baby beside a fence in the area.

Fatima has been taking to Kuola Police station for proper investigation as at press time.

See The Baby Below; CHECK IT OUT:  SO SAD!! Nigerian Singer, Jaywon Looses Dad