OMG!! Lady Tries Killing Her Baby After Delivery Inside A Toilet In Lagos (Graphic Video) - NaijaCover.Com
Skip to content 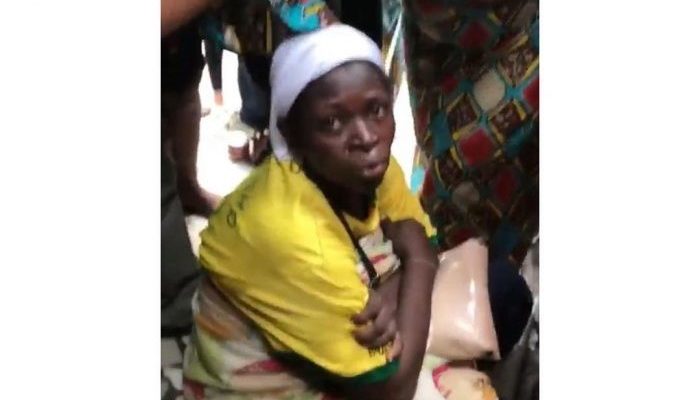 A newborn baby boy was snatched from the jaws of death, yesterday, at the Lagoon Plaza, Lagos Island, after his mom’s failed attempt to kill him few minutes after birth.

The lady had delivered the baby inside one of the public toilets inside the plaza and wrapped it up in her hijab before putting him inside a nylon bag, after her failed attempt to flush him down.

The bubble was, however, burst as blood was dripping down the nylon while she was taking her leave to go and dump him.

ALSO READ: Robber Begs For His Life As Angry Man Uses Machete On Him After Being Caught (Photos)

She was promptly apprehended by some shop owners who then demanded to know the content of the bag, only to discover a bouncing baby boy inside.

She lady was said to have blamed her action on poverty and some money was contributed to her before being taken to Ile Agiri, a traditional clinic, alongside the baby

Watch The Video Below;

CHECK IT OUT:  LAGOS NAWA!!! Vehicle Inspection Officers And Police Officers Fight Dirty Over Who Should Inspect A Car (Video)