See How This Yahoo-Boy Failed In An Attempt To Scam Oyinbo Woman - NaijaCover.Com
Skip to content 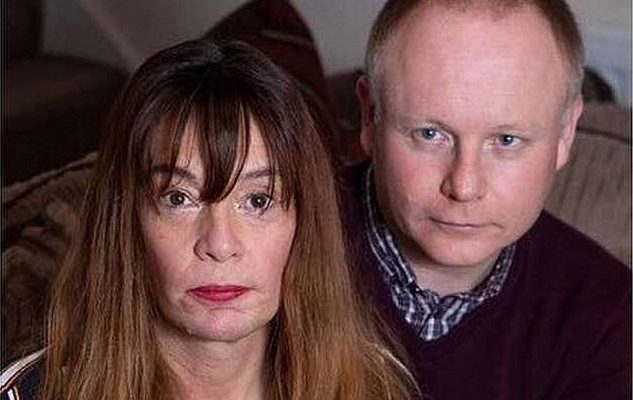 A 44-year-old married mum, Gail Astin, had to confess to her husband when her Instagram lover blackmailed her over naked selfies, Mirror UK reports.

The lonely and depressed mom fell for the conman posing as a 55-year-old hard-up widower from Texas. The pair exchanged thousands of WhatsApp messages, emails and phone calls over four months.

Gail went as far as sending him naked selfies and secretly loaned him £5,500 by maxing out two credit cards. But when the fraudster asked for even more money and she refused to send it, he tried to blackmail £2,000 out of her. A sobbing Gail felt suicidal – but took the right way out. She called police and then plucked up the courage to tell her husband of 16 years, Simon. And, surprisingly, he forgave her.

“He was angry and struggled to understand why I did it – because I felt lonely and needed someone to talk to. I feared for my marriage and told him if he wants me to go, I will leave,” Gail said.

“When I was told everything I was just speechless. I’d had no idea what was going on. But then I thought I hadn’t been paying Gail enough attention and felt completely inadequate,” Simon said.

Now Gail is telling her story as a warning to other vulnerable women.

The post See How This Yahoo-Boy Failed In An Attempt To Scam Oyinbo Woman appeared first on Naijaloaded | Nigeria’s Most Visited Music & Entertainment Website.

CHECK IT OUT:  Game Of Thrones’ Last Episode Breaks Record (See The Record)