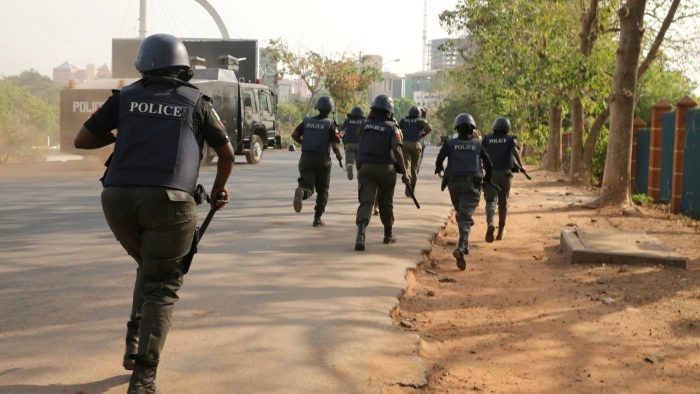 A man who had the nerve to steal a girl during a burual cerenny has bene nabbed on the way to a native doctor’s place.

A suspected child trafficker on Monday confessed abducting a 6-year old girl in Umuefi Nteje, Oyi local government area of Anambra state on the instructions of a native doctor.

The suspect, Monday Onyikwa who made the confession to newsmen at the Police headquarters in Amawbia, said the native doctor, Monday had promised to pay him the sum of N100,000.

He said he kidnapped the victim during a burial ceremony in the community and was on his way to the native doctor’s place when he was nabbed.

Confirming the arrest, the police spokesperson in the state, Haruna Mohammed said the victim had since been reunited with her family.

He said the case was being investigated.

He said, “On 23-3-2019, at about 9am, one Pius Egbuna of Nteje reported that his daughter, Chisom was missing and was nowhere to be found.

“Following intelligence report, police detectives arrested one Monday Onyikwa in the bush with the victim.

“Suspect confessed that he was taking her to one Nnamdi, a native doctor who was equally arrested at Nando village in Anambra East LGA for a fee of N100,000 for ritual purpose.”

CHECK IT OUT:  Man Arrested For Dragging His 15-Year-Old Daughter On The Streets For Missing School