End Of The Road! Man Sentenced To Death For Killing Girlfriend (Photo) - NaijaCover.Com
Skip to content 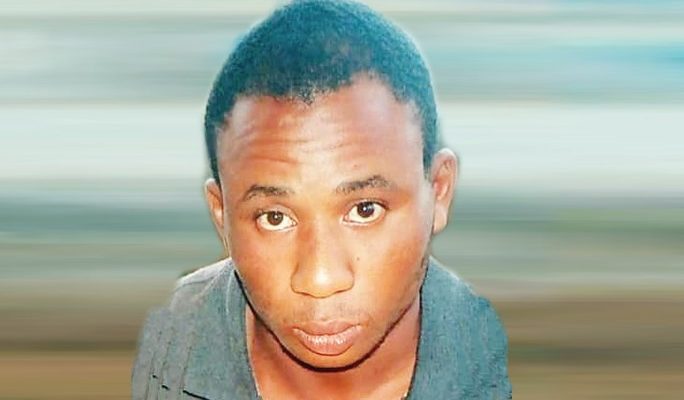 Punch Metro reports that an Ondo State High Court sitting in Akure has sentenced one Chukwudi Onweniwe to death by hanging for killing his girlfriend, Nifemi Adeyeoye.

The convict was arrested by the men of the Ondo State Police Command after killing the deceased, who was a student of the Rufus Giwa Polytechnic, Owo, in February 2017 at Ogbese in the Akure North Local Government Area of the state.

Before the killing, Onweniwe was said to have abducted the deceased and taken her to a farm near the community, where he raped her, after which he strangled her to death.

When the trial began in May 2017, the convict was arraigned before the court on four counts of action endangering life, kidnapping, rape and murder.

After examining all the facts of the case, the court held that on three of the counts, the prosecution proved its case beyond reasonable doubt except for the third count of rape, which the prosecution did not provide the evidence against the convict

While delivering his judgement, the trial judge, Justice Samuel Bola, said the autopsy that was conducted on the deceased showed the abnormal state of her neck and the fracture of her skull.

He added that the autopsy also indicated that the deceased had been attacked with an object with a blunt edge, which led to her death.

The judge found Onweniwe guilty as charged on three counts and sentenced him appropriately.

CHECK IT OUT:  Oxlade – Away