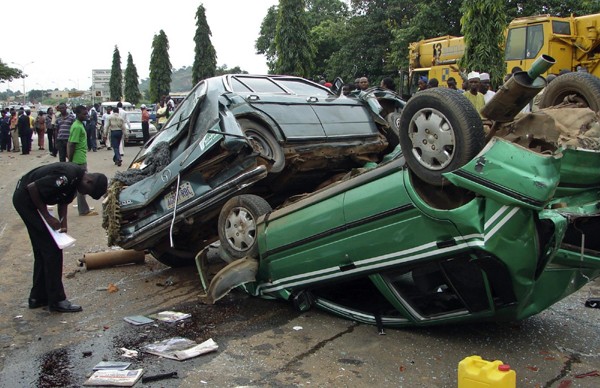 Three people have been confirmed dead in a fatal road crash which occured along Ode-Aye – Okitipupa road in Okitipupa Local Government Area of Ondo State.

It was gathered that the accident was caused when a motorcycle with two passengers, which was alleged to be on a top speed, rammed into oncoming vehicles.

The victims were said to have been thrown off the bike in different directions, such that one of them was crushed by an oncoming vehicle.

According to the police, the injured passenger was immediately taken to a private hospital in Ode-Aye for urgent treatment, while the bodies of the deceased persons have been evacuated from the accident scene and deposited at the morgue.

CHECK IT OUT:  Politicians Should Expect More Beating And Harassment From Nigerians – Catholic Bishop Says