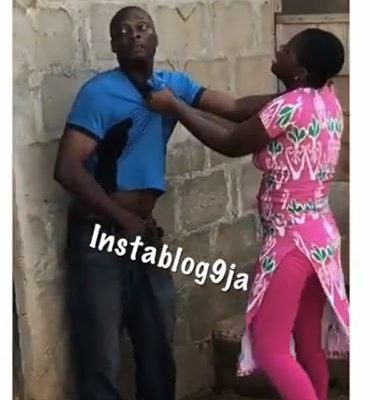 A man has fled home after his daughter stood up to him during one of his numerous assaults on Sunday, in Ikorodu, Lagos.

According to a neighbor who witnessed the incident, the man is known for beating his wife and children, however, the girl, who has had enough, decided to fight back.

In the video, she can be heard saying “kill me. You are a shameless father. It’s better not to have a father than to have you.”

Seeing that the incident was being recorded by their neighbors who vowed to get him arrested, the man fled and later came back to pack his properties.

The post Abusive Dad Flees As His Daughter Stands Up To Him (Watch Video) appeared first on Naijaloaded | Nigeria’s Most Visited Music & Entertainment Website.

CHECK IT OUT:  BBNaija: Here’s what caused the fight between Nengi and Vee (video)