See The Faces Of The Police Officers Involved In The Killing Of Kolade Johnson (Photo) - NaijaCover.Com
Skip to content 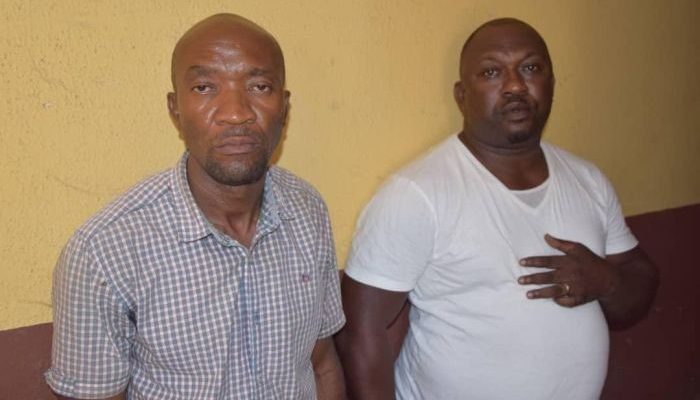 Following outcry by Nigerians, the police have published names and photos of the killers of Kolade Johnson.

The Nigeria Police Force has published the names and photographs of the alleged killers of Kolade Johnson who was gunned down in Mangoro area of Lagos on Sunday.

The police identified the suspects as Inspector Olalekan Ogunyemi and Sergeant Godwin Orji both attached to the Anti-Cultism Squad.

A police team led by the Commissioner of Police, Lagos State, Zubairu Muazu, also paid a condolence visit to the family of Johnson and assured his family that justice would prevail The post See The Faces Of The Police Officers Involved In The Killing Of Kolade Johnson (Photo) appeared first on Naijaloaded | Nigeria’s Most Visited Music & Entertainment Website.

CHECK IT OUT:  Buhari’s Aide On New Media Caught Kneeling Down For Atiku (Photo)