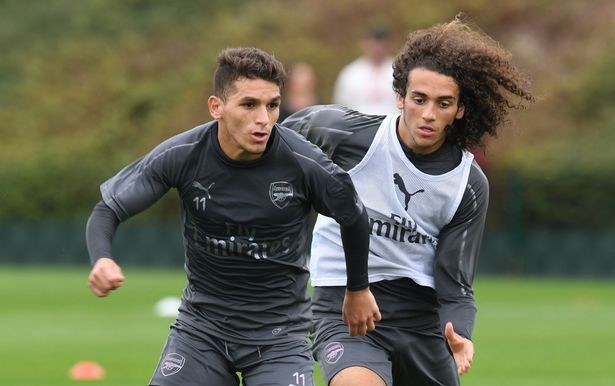 Arsenal manager, Unai Emery, has singled out two of his summer signings as the most improved players in his squad this season.

They are midfielders Lucas Torreira and Matteo Guendouzi.

The Gunners took a major step towards a return to Champions League football, with a 2-0 win over Newcastle on Monday, to move up to third in the Premier League table.

Emery’s side have demonstrated outstanding home form throughout the campaign and several players have emerged as key figures in their side.

But Emery has singled out Torreira and Guendouzi as their most improved players.

When asked who is their most improved player, Emery told Copa 90:

“We are 25 players, and can only play 11, 18 in the squad, it’s very difficult to give everyone an opportunity to improve.

“There are some players maybe you can see this year this improvement – Lucas Torreira, Matteo (Guendouzi).

“The first time in the Premier League, in this difficult competition, and they are improving I think well.

“Maybe also sometimes the experienced players help them to do better, with their adaptation to the Premier.

“For me also I think it’s these two players.”

CHECK IT OUT:  Man Arrested For Allegedly Defiling Two Of His Children In Abuja (Photos)