Tonto Dike Addresses Ex-Husband Churchill’s Petition Filled Against Her, As She Claims To Have Bought The Car With Her Money - NaijaCover.Com
Skip to content 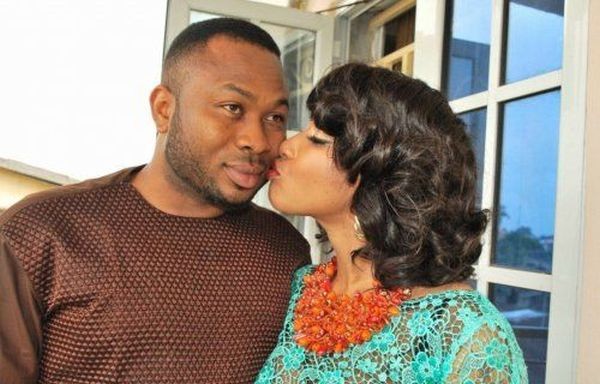 Nollywood actress, Tonto Dike, has reacted to the decision of her estranged husband, Olakunle Churchill, to petition the Inspector General of Police, IGP Mohammad Adamu against her.

Churchill had on Thursday petitioned the IGP against the controversial actress.

Naija loaded reported that Churchil accused his former wife of document forgery and illegal sale of his Toyota Prado SUV worth N22 million.

He submitted the letter through his lawyer, Ace Solicitors, to the office of the IGP and made the acknowledged copy, dated April 4, available on social media, NAN reports

The petitioner alleged that he acquired the said vehicle through his organisation, Big Church Group, among other claims.

Little by little the truth is coming out and will all come out!

When I came out to say it was a lie that I didn’t buy any car, this man was ranting on every blog that HE BOUGHT ME A CAR IN MY NAME!

I was called a liar because ‘na me use my hand lie say e buy give me just to raise his profile!

NOW THE TRUTH IS OUT, I NEVER GOT A GIFT AND NEVER WAS ANY CAR BOUGHT IN MY NAME AS A GIFT!!

22 million for a fairly used…lemme check if I still have that receipt.

Pls keep shooting your self on the leg, I’m here for it! The post Tonto Dike Addresses Ex-Husband Churchill’s Petition Filled Against Her, As She Claims To Have Bought The Car With Her Money appeared first on Naijaloaded | Nigeria’s Most Visited Music & Entertainment Website.

CHECK IT OUT:  MUST SEE!! Valverde Reveals What Will Happen If Pogba Joins Real Madrid