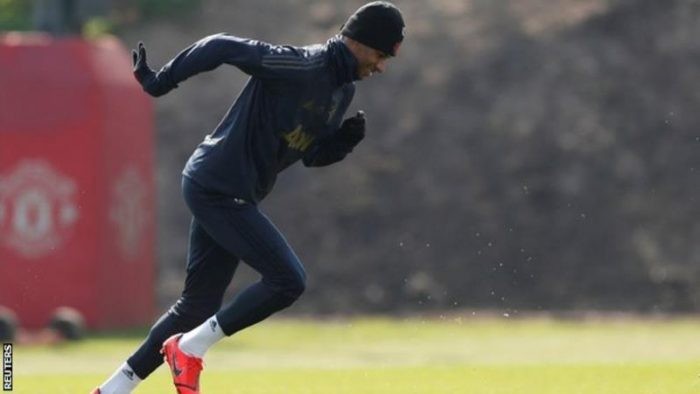 Manchester United are hopeful Marcus Rashford will be fit to play Barcelona in their Champions League quarter-final first leg on Wednesday.

But the England striker trained on Tuesday before the game at Old Trafford, initially on his own before joining up with the rest of the squad.

“He needed extra warm-up and hopefully he won’t get a reaction.

“He joined part of it at the end but he couldn’t join the fun part of training.”

Midfielder Nemanja Matic, who was an unused substitute in the Wolves defeat because of injury, did not train but Solskjaer says said he still hopes the Serb will be fit.

However, he said fellow midfielder Andre Herrera is “probably out” while forward Alexis Sanchez. who has missed United’s past five matches, will not feature against Barcelona despite returning to training.