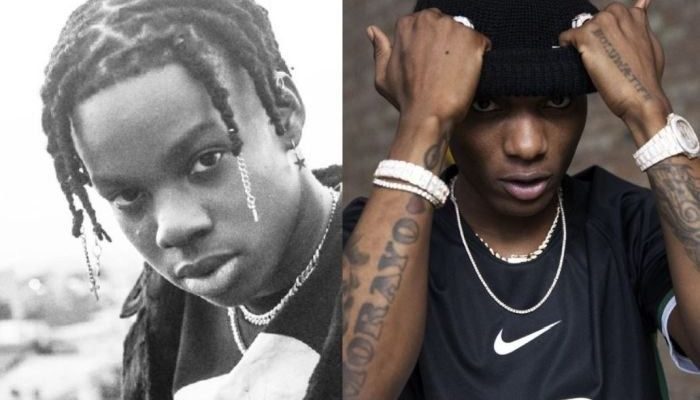 New Mavin act, Rema has given a voice to the argument that he, Reekado Banks, Skiibii and Wizkid sound alike.

It is no news that the new Mavin signee, Rema has been the buzz of late. The singer who was signed to Mavin Records two weeks ago kicked off his career with the hit track “Dumebi“.

In a recent interview, he came forward to brush off the notion saying he sounds like them. He says that he doesn’t sound like anyone and that they may sound like him.

Does Rema really sound like Wizkid, Skiibii and Reekado banks? Let us know what you think.

CHECK IT OUT:  American Man Murders Nigerian Woman He Met On Dating Site Because She Refused To Marry Him