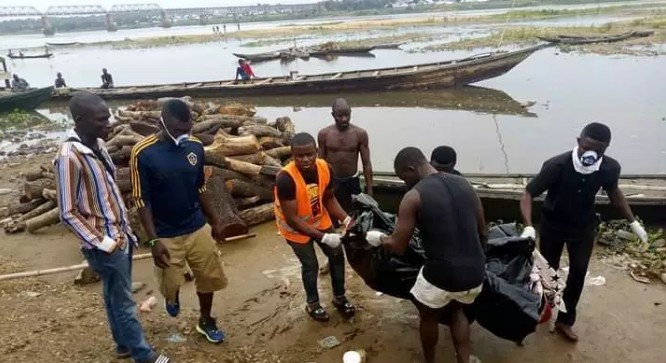 More details have emerged on how two students of Benue State University (BSU), drowned in a River in Benue state. The two students are Adakole Christopher, a 100- level Math and Computer science student and Miss Emmanuellla Mson, a 100- level MBBS student.

According to Lubem Terkula Aluta General, on Friday evening, Emmanuella Mson, Adakole Christopher, and 3 of their other friends headed to the river at the back of Benue State University to relax.

Arriving at the river, Adakole Christopher, a popular pianist and basketballer, was dancing with his friends beside the water while Emmanuella Mson went into the river, minutes later she came out and asked Adakole to back her and swim round the river.

While Adakole was swimming with Emmanuella on his back, the 3 other friends were dancing and making videos.

After sometime, the friends didn’t see their colleagues anymore as they ran back to school and couldn’t raise alarm instead they went to security to write statements.

As at the time the students went down to the river to search for their friends, there was little or nothing they could do. Barely 24 hours after the body of Adakole Christopher was discovered and deposited at the morgue on Saturday, the body Emmanuella Mson who is the only child of her parents – was discovered around Orlam rice farm Nassarawa river rout.

Adekole Christopher’s corpse was found at the river bank while Emmanuella’s lifeless body was found and brought back to the bank of river Benue and has since been taken by the school ambulance to the Benue State University teaching hospital.

CHECK IT OUT:  Cardi B comes for Shatta Wale on Instagram