I Don’t Want To Talk About My Marriage To Adekunle Gold – Simi - NaijaCover.Com
Skip to content 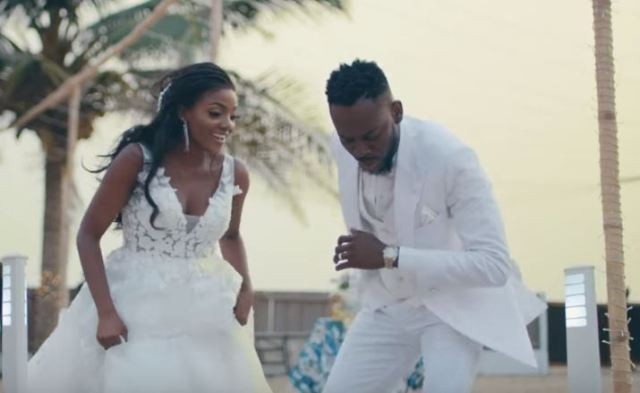 Nigerian singer, Simi has revealed that she’s not ready to talk to the media about her family and marriage to fellow singer Adekunle Gold.

She made this known in an interview where she spoke about her movie debut in a Kunle Afolayan movie titled Mokalik.

Speaking about what her fans should expect from the movie and her new album, Simi said:

“The feeling is so real and unforgettable. I felt great shooting with some of the legends in the industry. It was something I had looked forward to for a long time, so when I heard that I would be part of the cast, I jumped at the opportunity because it was another way of showing the world the other side of Simi that they have never seen in play.”

The interviewer chipped in:

Congratulations on your marriage to Adekunle Gold.

How soon are you settling down to have kids and build a family with him?

I am definitely not going to talk about family with the media. You won’t hear that from me.
If there are other questions, I will love to speak about them but not about family or marriage. It’s a no!

The post I Don’t Want To Talk About My Marriage To Adekunle Gold – Simi appeared first on Naijaloaded | Nigeria’s Most Visited Music & Entertainment Website.

CHECK IT OUT:  “My Wife Uses Too Much Bleaching Cream, I Am Not Attracted To Her Anymore” – Man Cries Out