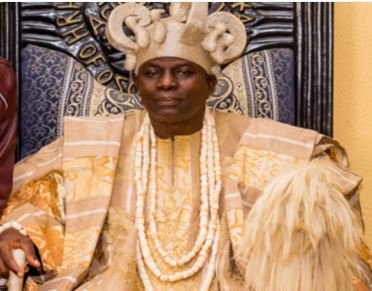 Oba Abedina Durosimi, the Osolu of Irewe Kingdom in Ojo Local Government Area of Lagos State, has said that contrary to public opinion, the second term bid of Lagos state governor, Akinwunmi Ambode, failed because the traditional rulers in the state, and not Bola Tinubu, worked against it.

Recall that in October last year, Ambode failed to secure the APC governorship ticket for the 2019 election.

Rumors were rife that he fell out of favor with Bola Tinubu and so he was denied the re-election ticket.However in this new interview with The Sun newspaper, the monarch said the traditional rulers in the state worked against Ambode because he failed to carry them along in all of his administration’s plans. The monarch added that Ambode unlike other past governors, concentrated development in a particular area in the state, neglecting others.

“Tinubu influences people; he does not force or intimidate people to do his wish. He has regards for traditional institutions in Lagos State. For instance, before any law is passed in Lagos State, they must bring it to the council of Obas which I’m a member for our assessment before it is taken to the state House of Assembly and the executive for final approval.

“Tinubu is a team player. He sees Obas as fathers and before he takes any decision that will affect the people, he will consult the traditional rulers. For instance, when leaders of his party and other well-meaning Lagosians were against Governor Akinwunmi Ambode’s second term bid, Tinubu consulted widely including traditional rulers and we said we didn’t want Ambode to have a second term.

“The people were against Ambode, because he concentrated development in Epe area where he comes from. Ambode undermined the Lagos State master plan. We Obas opposed Ambode’s second bid not Tinubu. How can the governor abandon other areas and concentrate development in one area? That was why we said we didn’t want him to continue.

CHECK IT OUT:  SHOCKING: What Will Happen To Riggers – Buhari’s Aide Reveals