Not Funny At All! 2 Black Snakes Chase President Away From Office (Photo) - NaijaCover.Com
Skip to content 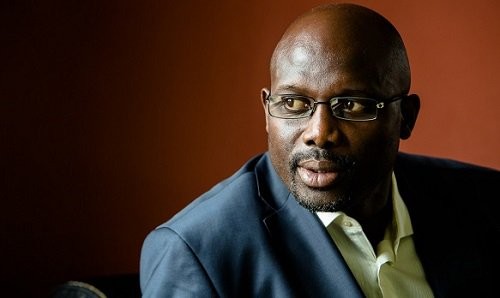 Two black snakes have been found in the office of Liberia’s President, George Weah.

Sources learnt that the development has forced the former African best footballer to work from his private residence since Wednesday.

Recall that the office of the president has been based in the Ministry of Foreign Affairs since a fire in 2006 gutted the official presidential mansion.

All staff have been advised to stay away from work until April 22.

“It’s just to make sure that crawling and creeping things get fumigated from the building,” Tobi said while justifying the reasons for the notice.

It was gathered that workers in the Ministry tried to kill the snakes but never succeeded.

“There was a little hole somewhere through which they made their way back.”

Recall that a similar incident happened in Nigeria when President Muhammadu Buhari left the country for about three months on “medical ground.”

Following the three months period of disuse, ‘rodents’ caused a lot of damage to the furnitures and interiors in his office, making it impossible for him to operate from the office for months.

He reportedly worked from his official residence while the office was being refurbished.

The post Not Funny At All! 2 Black Snakes Chase President Away From Office (Photo) appeared first on Naijaloaded | Nigeria’s Most Visited Music & Entertainment Website.

CHECK IT OUT:  FG Gives 6-Months Grace For Registration Of Irregular Migrants