Shocker! Popular Pro-Biafra Prophet Who Became A Critic Of Nnamdi Kanu Gets Murdered In Enugu - NaijaCover.Com
Skip to content 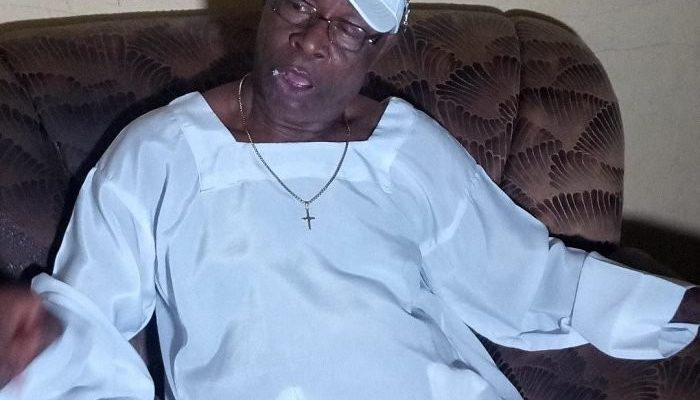 A popular prophet, Anthony Nwoko, has allegedly been murdered in cold blood in Enugu.

Until recently, Nwoko was a close ally of leader of the Indigenous People of Biafra (IPOB), Nnamdi Kanu, who prayed for him and the group.

Daily Sun gathered that the man of God, believed to be in his late 60s, was reportedly killed by unknown assailants last Sunday night at his apartment located at No. 18 Ezebinugwu Street, beside Bright Land International School, Ugbene 2, in the Trans-Ekulu-Abakpa axis of Enugu.

Nwoko had lived alone, so, it was said that his death became known when a neighbour noticed that the door of his apartment had remained open; peeped in and saw the man in the pool of his blood.

The attention of the caretaker of the compound was called, who immediately alerted the police, who responded to the scene.

No official report has come from the Enugu State Police Command, but Daily Sun learnt that they had initially arrested occupants of the compound.

Before his death, Nwoko had taken to social media, particularly Facebook, to speak about his relationship with Kanu which, according to him, went sour after the IPOB leader made him relocate from Lagos to Enugu only to abandon him.

His last posts on Facebook were at about 1:40pm on April 14, where he uploaded various online reports of his views on Biafra agitation, including video clips from Kpakpando TV.

He had in press conferences on January 8 and March 18, 2019, respectively, accused Kanu and some other pro-Biafra campaigners of turning the agitation into a money-making

CHECK IT OUT:  Okorocha And Wife Carted Away 67 Vehicles – Task Force Alleges

Nwoko had raised the alarm that he was receiving death threats from members of the IPOB over his bribery allegations against their leader Kanu.

The cleric had claimed that Kanu not only collected huge sums of monies as bribe from the presidential candidate of the People’s Democratic Party (PDP), Atiku Abubakar, ahead of the February 23 election, but planned to return to Nigeria to “consolidate on his Biafra propaganda if Atiku had won”.

“They have been calling me with different lines, making different phone calls, threatening my life. They are calling me fake because I stand by the truth. I went to Kuje prison to pray for Nnamdi Kanu and the next court case he was released.

“I went to Affara-Ukwu to tell him the way forward; he did not listen. Many people are not listening to the voice of God and they want me to be that way. Prophet Nwoko says no. I will never compromise.

“Even if they kill me, I will return with the light of heaven. I am not afraid of the people of the world. I am telling Uche Mefor and IPOB to stop threatening my life. Let me put this straight to everyone: I am ready to die standing by the truth because that is why Jesus Christ came for.