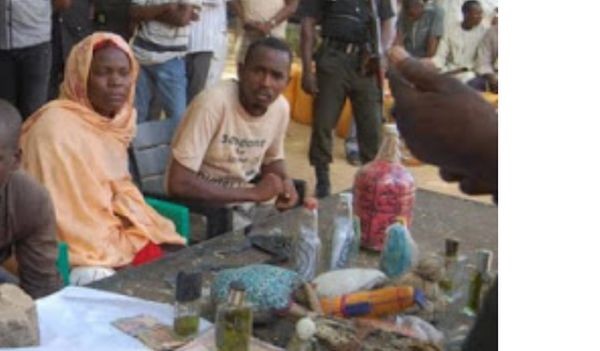 A fake female herbalist who tried killing her client after duping him of N2m, has been arrested by the police in Katsina state command.

They had agreement that she would provide him with spiritual powers.

However after she failed in giving him spiritual powers, her client demanded his money.

The fake female herbalist who tried killing her client after he demanded for a refund of his money, paid the sum of N50,000 to a specialized hired killer, one Babangida Dalha, to carry out the act.

Upon being arrested, the suspects who disclosed that the poison they administered to kill Rabi’u failed, said they resorted to physical killing before they were arrested.

CHECK IT OUT:  I Pray Nigeria Can Be Like Dubai: Actress Eniola Badmus