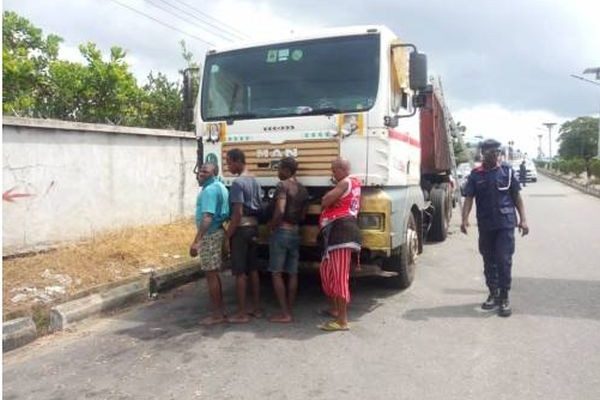 Authorities of the Nigeria Security and Civil Defence Corps (NSCDC) have arrested and paraded a pregnant widow and five others over alleged illegal bunkering and sale of adulterated fuel, kerosene, and diesel in some parts of Bayelsa State.

They were arrested with illegal products stacked in sacks estimated to be 33,000 litres in volume with a market value of over N7million.

The arrested widow claimed she resorted to the sale of the adulterated product as a means of livelihood.

While Oriade Clement claimed ignorance of the implications of their act on the unsuspecting Nigerians, the other suspects pleaded for leniency with a promise to turn a new leaf by engaging in a meaningful venture henceforth.

While parading the suspectsIdeba Pedro, the Bayelsa State Commandant of NSCDC, reaffirmed the command’s readiness to flush out illegal bunkering activities in the state.

CHECK IT OUT:  Complete List of Winners At The 2020 Oscars Award