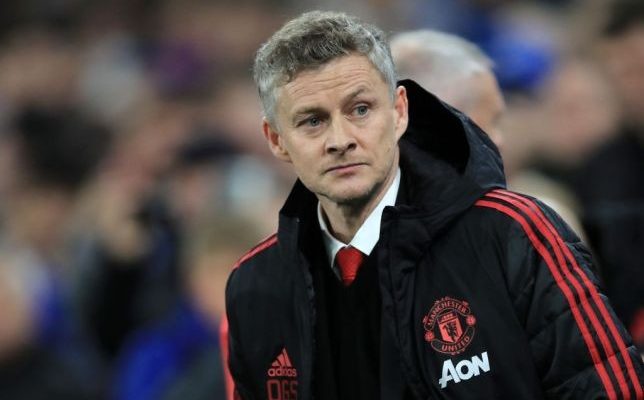 Manchester United boss, Ole Gunnar Solskjaer, has responded to the criticism of former teammate, Roy Keane on his team.

Keane blasted his former club following their poor performance against rivals Man City in the Premier League on Wednesday.

Solskjaer was asked about Keane’s rant during his post-match press conference and the Norwegian admitted Keane might have a point about the state of the current United squad.

Keane, a former Man United captain, had said the United squad was riddled with ‘too many bluffers at this club to get United back to the very top.’

He also accused midfielder Fred of ‘cheating’ in the build-up to City’s second goal in their 2-0 derby win.

Keane had also noted that defender Matteo Darmian was ‘jogging back’ as Leroy Sane prepared to hit the ball past David de Gea.

Solskjaer’s side have lost seven of their last nine games for the first time since 1962 and have gone 527 minutes since they last scored a goal from open play.

Solskjaer played with Keane for just over nine years and the Irishman was United captain for eight of them.

Solskjaer said Keane is genuinely hurt by the chasm that has developed between United and City.

“With Roy I’ve always had a great relationship with him.

“And, how do you say, I value his opinion very highly and he’s got his opinion. We played together for many, many years and he’s a Man United guy, as well, he hurts just as much as anyone else connected to us, that we are so far behind City as we are.

“And that’s my job, to make sure when we come back pre-season that I have the right characters in and around. Because that should never be allowed.”

CHECK IT OUT:  Nigeria May Slide Back To Recession – CBN Gov Warns