EFCC Is After Him Because Senate Refused To Confirm Magu – Saraki Says - NaijaCover.Com
Skip to content 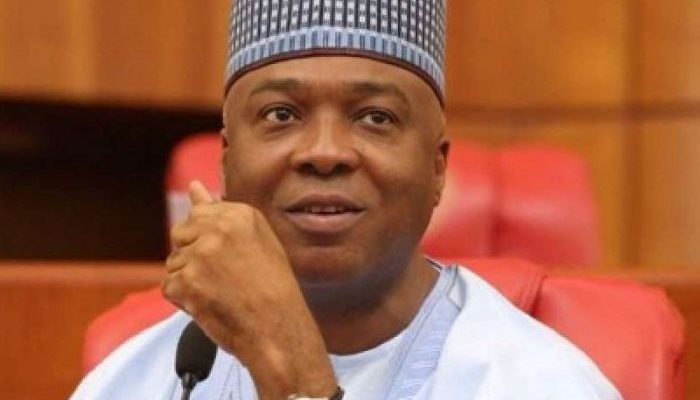 Saraki says he knows why EFCC boss, Ibrahim Magu, has been hell-bent on nailing him for corruption.

Senate President, Bukola Saraki, says the Economic and Financial Crimes Commission (EFCC) may just be hell-bent on hurling all kinds of corruption allegations at him because acting Chairman of the Commission, Ibrahim Magu, was twice denied confirmation on the floor of the Senate.

Twice, the presidency has sent Magu to the Senate for confirmation as substantive chairman of the EFCC, between 2016 and 2017, twice Magu has been rejected by angry lawmakers.

On both occasions, the lawmakers cited a damning report from the Department of State Security (DSS) as a reason for turning down the confirmation request from the presidency.

The DSS report accuses Magu of living well above his means, dining with corrupt persons, flying first class and living in a N40m mansion.

Magu has strenuously denied all the accusations.

The post EFCC Is After Him Because Senate Refused To Confirm Magu – Saraki Says appeared first on Naijaloaded | Nigeria’s Most Visited Music & Entertainment Website.

CHECK IT OUT:  Three-storey Building Collapses In Lagos, One Rescued